Allie X doesn’t seem interested in giving much away. Photographed almost exclusively in dark sunglasses, and coy with her answers to questions about her personal and musical past, it’s clear she’s worked (and still works) meticulously to craft a persona as a modern pop heroine, ready to take her place in the pop landscape.

As some might already know, Allie X first gained momentum last year as an emerging pop singer when Katy Perry famously tweeted about her debut single Catch. Now she's just released her first full album to rave reviews, and the tweets and expectations seem to just be starting. She took off her glasses to talk to me at an LA cafe about where her story really started, what the X is hiding, and to shed a little more light on her album and plans for her highly anticipated live shows. 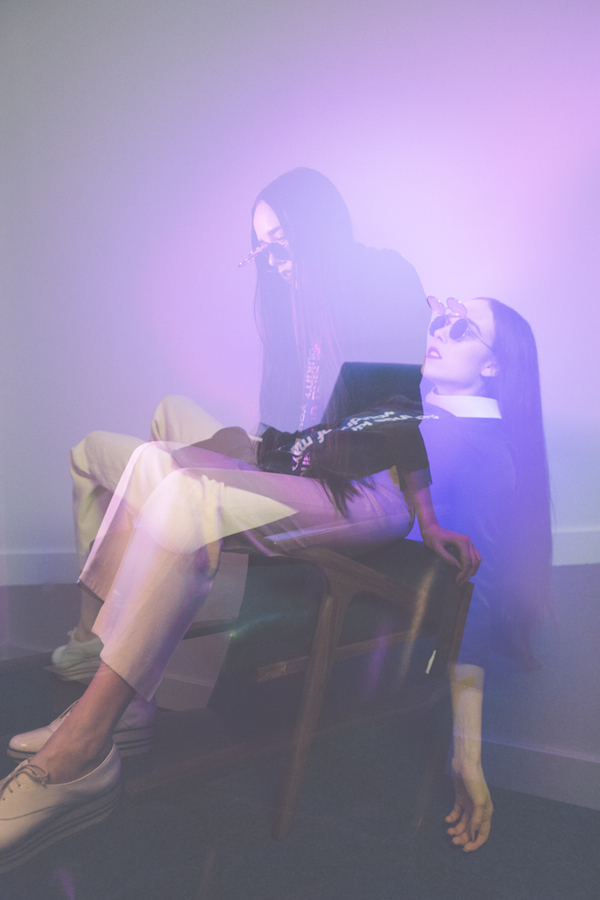 Jonathan Mayor: Tell us a little bit about you to get us started. Who is Allie X?

Allie X: Allie X is a girl on a quest to find her whole self.

JM: Are you now fully Allie X, or is part of you still (Alexandra “Allie” Hughes)?

AX: The X is the identity I take on to become my full self, so once I solve the X, I’ll no longer be Allie X, I’ll just be Allie.

​AX: Yes. It represents the search and the unknown. But it's more than that. It also represents anonymity and protection.

JM: When did you start coming to Los Angeles, and how did that change your musical arch?

​AX: I came to Los Angeles in the summer of 2013 after I received a publishing deal. I came out here as a writer for a two week trip to get my feet wet and start experiencing the whole “session thing”, because it doesn’t really work that way in Toronto. And so I came out and ended up never leaving. I stayed.

JM: So you already have a publishing deal at that point?

​AX: Yes... through a Canadian publishing company. And they set me up with some people in LA and it went well... and we decided to keep me out here.

JM: Is that when you started meeting producers and people like that?

​AX: Yeah. But no one really thought of me as an artist until I put out Catch on Soundcloud last year. And then it kind of changed. Because I’d originally come out here as a writer.

JM: Was Catch self produced?

​AX: Yeah, it was me and a guy named Mike Weiss from Toronto and Al P. from MSTRKRFT.

JM: And that obviously became a huge calling card and single for the record...
In a music world based on singles it’s nice to hear a pop debut called CollXtion (I). In the past, I think artists looked at records as more of a themes linked group of expressions than a collection of songs about completely different things. Now I feel it’s a lot more single based and it doesn’t always have that cohesive feel of an artist telling you where they’re really coming from. Does the name CollXtion I represent that old school idea of a common thread?

AX: Yes. The songs all express elements of the story that I’m telling in various ways. I like to think of it as a multimedia experience, so it’s not only a sonic experience. It’s also a visual and conceptual one. In addition to that, I also look at it as a collection of singles. I believe that every song on CollXtion I stands on it’s own. There’s nothing that’s filler in there.

JM: Does the record tap into a few central themes?

AX: Definitely. The shadow self. There’s a medical thing that’s happening. And a sort of self destructive humor that’s in there as well. The topics of addiction, sedation... and again, all part of this bigger story.

​JM: I read that you have a comic and other things in the works. Does the duality of Allie X manifest in the common comic person/counter hero archetype?

​AX: The comic is chapter one in the story of X. And the story of X is an abstracted version of my own story. Chapter one of the story is about a girl and her shadow who spins so hard that they end up switching places and the girl ends up in shadow world, and the shadow ends up in the real world, and has to pretend that she’s real. And it’s about their journey to reunite.

​JM: How does that relate to being or becoming a pop artist? Working that identity of being a character performer, vs. the intimacy of being a songwriter or artist?

​AX: I’ve never really thought about it that way. It’s more of a personal... it’s my overall story and it’s what the songs are rooted in. It’s an interesting question.

​JM: What/or who has influenced you most as an artist?

​AX: Besides the feelings that I experience that drive me to write, which are confusion, anxiety, and really trying to understand if I’m a good or a bad person... and my whole self discovery. That’s what really inspires me to write. In terms of other artists and people: I’m very influenced by Cyndi Lauper. I love Tom Petty, Bjork, Kate Bush. As a contemporary, Sia. Mark Mothersbaugh as an artist visually and sonically. I would love to have a career like he’s had. And then I always mention Murakami. For the last few years as I’ve been fashioning the Allie X project, I’ve been reading his books non stop. I really relate to his characters and his surreal style. It’s almost science fiction but not quite. And the vision that he gives as I’m reading his books are very inspiring to the visuals that I create and to the music itself.

​JM: Have you played live a lot?

​JM: Have you played live at all?

​JM: I’m just trying to get a sense... is playing live something you’re looking forward to? Are you working on that now? Getting the show together?

​AX: I’ve been hesitant to do a show until I was certain that I could do something special. And very visual. And it was about finding the right team of people and the means to do that... and I have done that with an art center in Montreal, called the Phi Centre. I’m actually flying out there in a couple of weeks and will be doing a performance on April 30th.

JM: Do you worry about comparisons (to other artists)?

​AX: My team might worry about it, but I don’t believe there’s any artist that’s entirely original. Except the very first artist, like the caveman artist or whatever. The ape artist. I really think that it’s about the curating and combining of different styles and genres in a fresh way. That’s as original as you can get.

JM: Especially in a time and age with the access to so many ideas and different things. I know you blew up online and are clearly using the internet to do some of your storytelling.

​AX: Yeah. I think that it’s a new age for how to experience art and that is something that’s very important to me and I hope to be in the text books as a pioneer of this new age. And at the forefront of how things change because they are going to change dramatically. They already have. And it’s really exciting to me. It’s sad how artists can’t make money selling records anymore but it’s really exciting to think about how they will be able to make money in the future. There’s a lot of empowerment that’s happening now.

JM: Do you currently have a record deal, or did you stay independent after signing to publishing?

​AX: I’m now working with a label in Canada, but it’s label X, and it’s something I’m involved with.

JM: That’s great. Congratulations on that.

AX: Thank you very much. 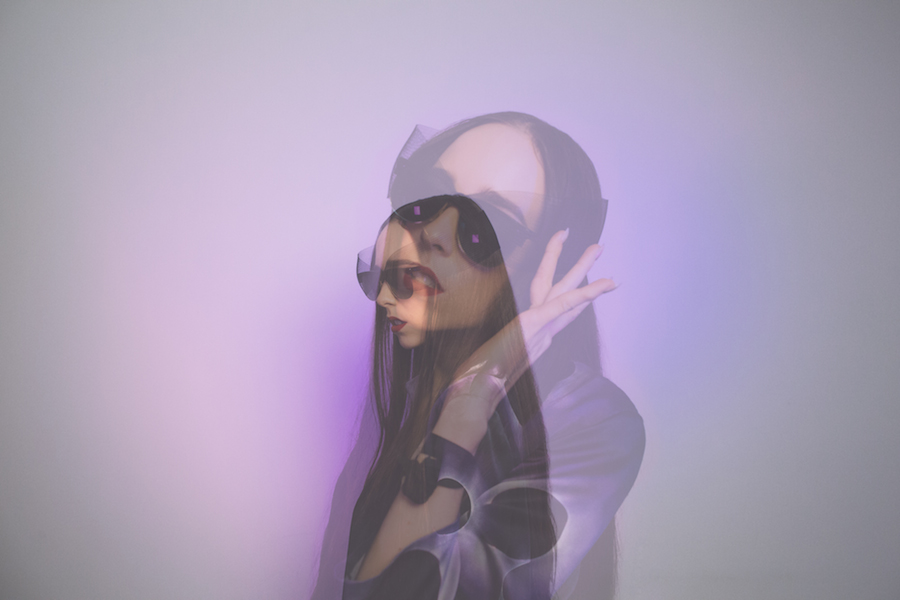 JM: I know you’ve written tons of songs (something like 200) since you moved to LA. Take us through the process of writing a song. Is it lyrics first, or always music?

AX: I don’t think that I’ve ever written a song lyrics first. I have written a song that begins with a title, which is quite common in Los Angeles... in the pop writing culture. “It’s oh, I’ve got this great concept: Air born!” And then they like write it. I usually start with a drum or a synth sound that I like. And I improvise melodies over it.

JM: And that’s just you sitting at the keyboard, trying out different things?

AX: Since I’ve been in LA I’ve usually been in a room with another producer, or another writer. And so the producer might be playing something, but it depends. I’m a classically trained pianist and I used to write at the piano but then everything changed when I learned to produce myself. And I stopped writing at the piano and I started writing more with just bass lines, and drum lines and stuff. It’s always different though. Catch was written on a piano. When I wrote it, it was actually like R & B swing. It was like completely different. And it evolved over a year a half. I think there are 16 or 20 versions. And that’s why there are three producers on it. Because it was a real amalgamation to find the right sound.

JM: Is there a big learning curve going from being a collaborator/writer for hire to collaborating more on your own thing at the level you are now?

AX: I’ve always been a collaborator. That’s another reason why it’s called CollXtion I. It’s a collective of people involved. It was a learning curve coming to Los Angeles and learning that whole pop writing culture. I hadn’t experienced it at all in Toronto. There, it was just me in a room by myself, occasionally with a producer, but here it’s every day. There’s just such a plethora of talent here looking to collaborate. In terms of artistry, coming to Los Angeles, was really like coming home. This is what was missing and why I wasn’t getting where I wanted in Toronto. Because everybody is too busy working as a barista and trying to squeeze in a rehearsal when they can. Writing together? That’s crazy talk there unless you’re in a band together.

JM: When did you first start playing music? I know you said you were trained as a pianist? And then when did you make the transition into producing and focusing on the bigger picture?

JM: (Just a couple more questions about the past then). What’s the best advice you’ve ever gotten?

AX: This isn’t the best advice I’ve ever gotten, but I love the quote “if you want to make an apple pie from scratch, first you have to reinvent the universe”...

JM: I like that. What’s the best advice you could give to somebody trying to get where you are now?

JM: It’s a lot of hard work. I don’t think everyone understands.

AX: Some people understand. I’ve always understood that it was going to be a long, arduous, painful, process.

JM: I have a friend who likes to say you become an overnight success after a lot of years of hard work.
So What's in store for the next year?

JM: Anything else you want people to know about you, or questions you want future interviewers not to ask?

AX: (She gives it a legitimate thought.) “Nope.”

JM: Last question. What’s the most important thing to you as an artist?

AX: I suppose just making sure everything I do is really genuine. Because once that goes away then I don’t think I’ll be writing good songs anymore.