After discovering Bas Berkhout’s project, Like Knows Like, I believed we were creative kindred spirits. Bas explores the human spirit through his art, using short form documentary to reveal the true character of an artist and the nuances of their work.

I met Bas in Dumbo on an absolutely freezing day in early Spring. The sun was shining and the sky was clear. The view from his workspace at StudioMates was at its most beautiful. StudioMates (now Friends Work Here) was a creative workspace neighboring the Brooklyn Bridge started by Tina Roth Eisenberg – the mind behind Swissmiss and Creative Mornings, who also happens to be a career idol of mine.

Bas met Tina in New York when she offered him a desk at StudioMates and invited him to try it out in New York for a while. It was an opportunity he’d been longing for – to take the next step and pursue creative work. He knew if he came to New York and it went well that he wouldn’t return to The Netherlands. Three years later he’s still here. 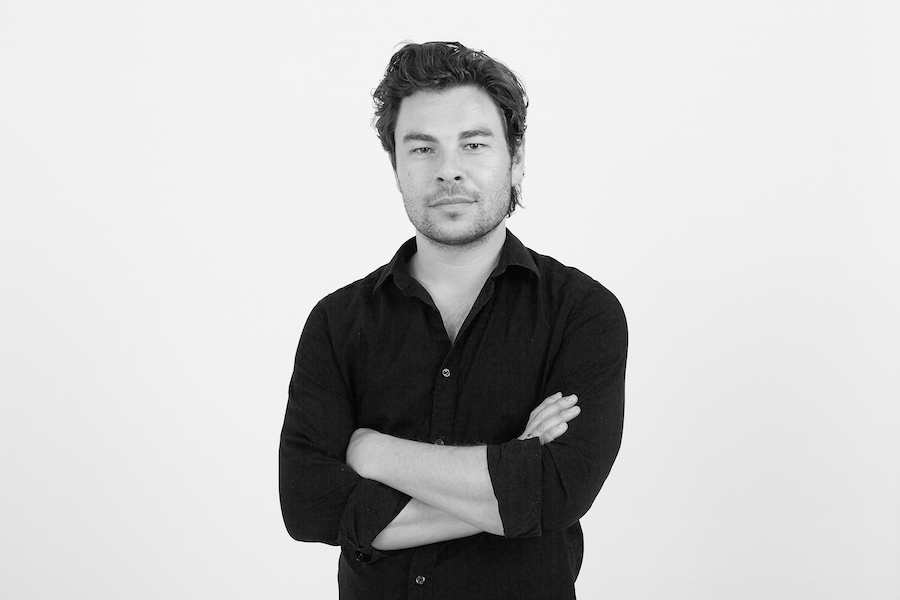 Talking with Bas in his studio, his passionate spirit quickly became apparent. By the end of our conversation, we were discussing my hopes and dreams  – asking me, “So when are you moving to New York?”

Creating and following your heart's path seems to occur so naturally for Bas. "Why would you do anything other than what makes your heart sing?" His point of view is contagious.

Disclaimer: Anyone in transition from the corporate world to a life of entrepreneurship – prepare to be inspired.

Caroline Aylward: How did you end up in DUMBO after growing up in Holland?

Bas Berkhout: I always knew I wanted to get involved in film from a very young age. I learned from watching movies and local television shows and attempting to copy them with my own camera. I applied to four art academies in Holland and was rejected from all of them. I never considered myself a true artist. I just always liked making and building things – and then taking them apart. Eventually my career developed. I had a car, an office and a great house in Holland but it felt like a routine and I was getting bored. I wasn't happy. About 90% of my clients were corporate communication departments of big companies. All of the work I made was for internal use. It was storytelling driven but I felt stuck, unbalanced and unchallenged - although I was making good money. I wanted to step out of that routine and I needed a challenge. I started a passion project here that ended up opening a lot doors and led me to meeting amazing people who inspired me to follow my heart. After going back and forth for the past year and a half I officially got my visa last December.

CA: When you came to the states you continued to develop Like Knows Like. How did the project initially start?

BB: My friend Marije and I began with a month of shooting in California and that was the beginning of Like Knows Like. She did the photography and together we did research on whom to profile. It is nice having someone work with you who has a different skillset. It offered a new perspective. Within a few months after the trip to California we had filmed and interviewed ten other artists in New York and the plan was to travel to other cities and continue to do this. We would travel to a new place and get all of the filming done in one fell swoop. 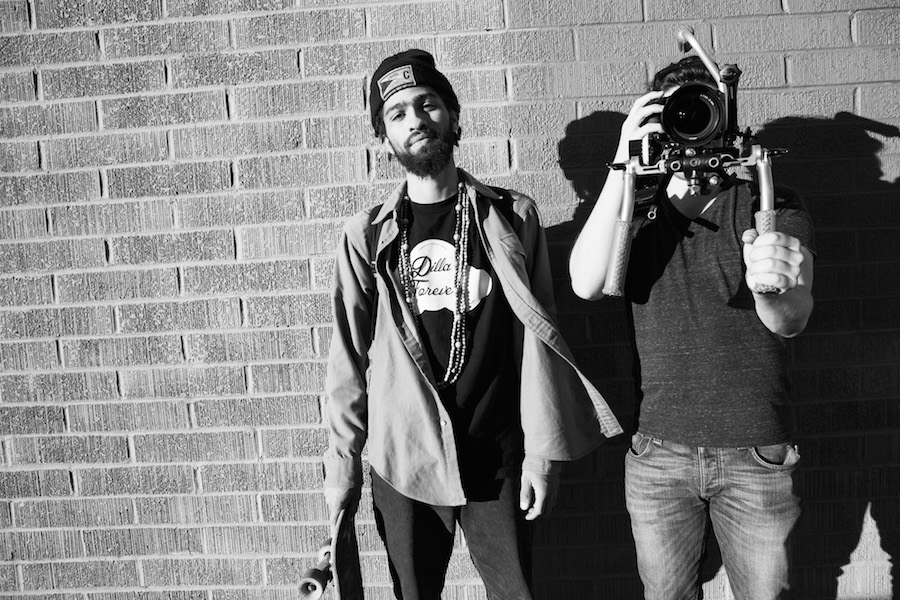 CA: How did you choose which artists to profile?

BB: We searched for ten artists with big social media followings and made short documentaries about them. We wanted people to see our series so we profiled people with big followings on social media. Instagram actually featured our project, which really helped boost it. Documentary is a way to show the true personality of an artist, which doesn’t come across through social channels. Everyone creates this perfect picture of themselves on the internet and we wanted to show vulnerability and honesty. 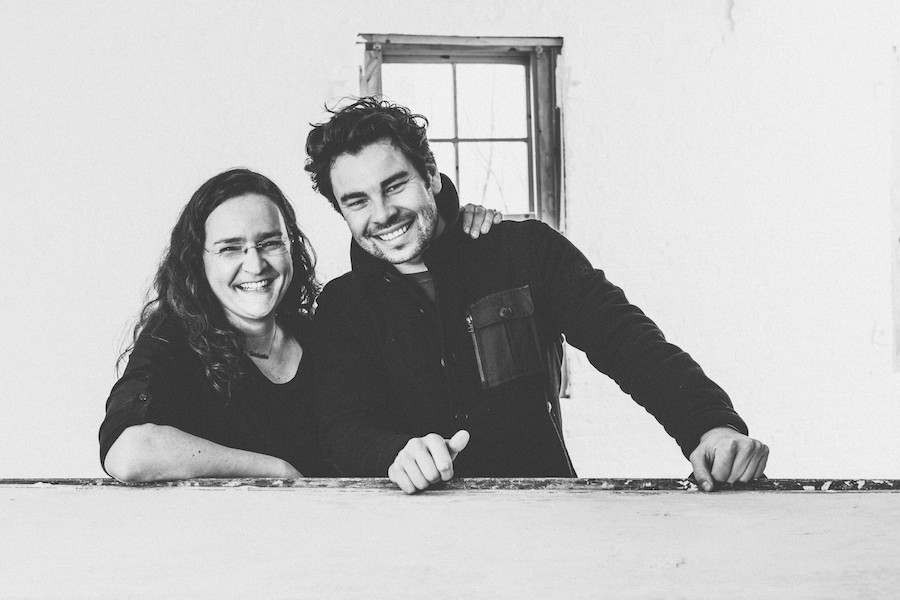 CA: I completely agree. Writing for 1985 has completely opened my eyes to my desire to learn about people and open them up. So you decided to take this project a bit further?

BB: Yes, everyone has a story. Creating these profiles is a true art form especially in the edit. You can really look back and see what you captured. There is a big space to fill with your interpretation. People who know me really well can see little pieces of what I was dealing with at that time shine through. 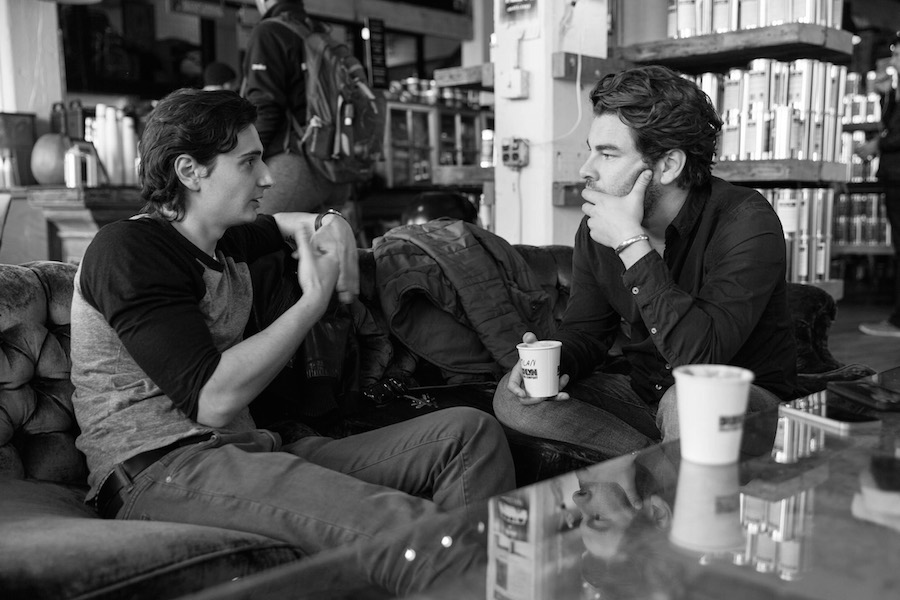 BB: They are full days but we travel light. Just the 5D, mic stand, boom, rig and a tripod. We didn’t use any lights, which I was really scared about at the beginning. It turned out really well though. The shoots are very intuitive. We meet them on the day of the shoot. Prior to we ask them what else they like to do besides their work so we can shoot them in that environment as well. We would set boundaries for the day and then just get shit done. We limited ourselves to using two lenses and only shooting one day per person to keep things manageable.

CA: Tell us about someone you have profiled.

BB: We were in Portugal for a week doing the Wasted Rita profile – the most recent LKL project. Her work is so personal, authentic and bold. I really admire folks that stand out and are brave enough to break the norm rather than just try to fit in and be cool.

BB: I would say humanizing the Internet. This project was born about a year and a half after Instagram came out. We wake up and go to bed with the people we follow on social media. As a follower you see these beautiful interpretations of life through art. This project shows the real, human, relatable side to these idealistic profiles and the artists behind them. I hope to inspire people.

CA: Amazing. It seems like you enjoy capturing people in their truest form, which we can see through your photos of New Yorkers on the Subway on your Instagram profile.

BB: The subway is filled with unique faces. They all ooze a story. I started out posting the photos with comments and my interpretation of their story but have since stopped doing that. Now everyone can develop one themselves. There are so many different cultures and backgrounds in this city. I really feel that that they have these stories in them. Sometimes it is a little raw and weird… or beautiful. It just depends on how you look at it. All of these people’s stories contribute to the vibrant energy that is New York.

CA: How do you relate to the folks you make documentaries about?

BB: When we interview them we always ask what their most personal challenge is in life. I find similarities here. Mine would be to find a balance in the highs and lows of my emotions. I find that a lot of artists deal with this.

CA: What other projects are you working on?

BB: I am collaborating with Format.com on a series of intimate shorts called InFrame that follows creative professionals who are a part of the Format community. We are capturing the real aspects of their lives and their journey to excelling in their craft. For example we did a video on Jessica Lehrman – a Brooklyn based photographer who documents contemporary underground movements.

Bas’ passion projects have led him to find work doing what he loves. For some It is hard enough pinpointing exactly what it is that you love to do, let alone making a career out of it. All of these projects were out of pocket so it required a great deal of guts to go all in.  Thankfully Bas’ creative efforts have paid off long term. I am so inspired by this way of working.  While we were chatting Bas mentioned a little nugget of wisdom that Tina has emphasized over the years – “Keep working hard and following your heart and the money will follow.”

CA: How do you get from idea to creation?

BB: I love to prepare and know what we are going to shoot just to start the project with confidence. But I also think it is important to let things naturally evolve. I always feel like the result is better if you just let things happen on set.

BB: The biggest difference here is that the loudest, screaming kid gets what he wants. I was always taught that you have got to be modest. Don’t stand out. Here it’s all about fake it until you make it - being dramatic and being heard. Scream loud. I’m still trying to figure that out. I just want to be modest and for my work to speak for itself.

Bas encouraged me to just go and make stuff. Pick up a camera and shoot it yourself. Go for it and learn. It doesn't have to be perfect the first time. Work with people and bounce ideas off of each other. You learn so much through collaboration. You’ve got to have a lot of energy, discipline and motivation to succeed in doing what you love.

When Bas moved from Holland he had to start fresh and a build a new network from scratch.

Take things one day at a time.

When the time is right, make your move.

So now I am left with that impending question, “When am I moving to New York?”