I discovered Swedish-­born singer/songwriter, Beatrice Eli, while scouring through the many director reels and music videos I am sent on a daily basis. As a video commissioner at Interscope Records, I am constantly trying to educate myself on new directors/work with the potential of having them write on the videos I make with IGA’s catalogue of new artists. Now, I pretty much see it all, and I have to admit I rarely take notice of an artist over the music video directors themselves. However, Eli just stood out to me. 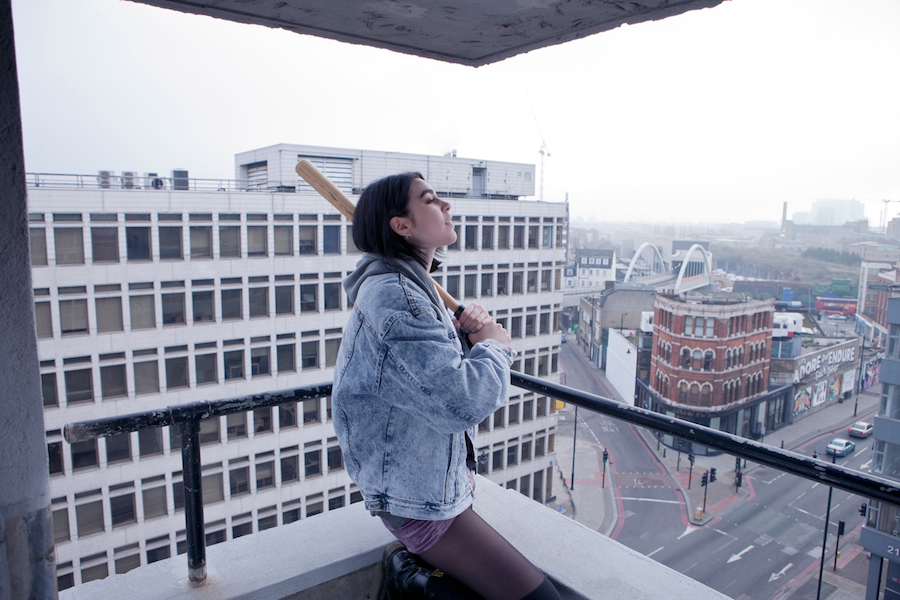 “The Conqueror”, although not a particularly incredible video, I couldn’t stop watching this girl deliver these bold lyrics in this awkward but confident manner. The track, a dark synth-ballad, left me wanting more. The dichotomy of this dark, bold, bad ass female, with this kind of sweet, jazzy, fragile minimalist voice caught me. Soon after I reached out to Eli in hopes of finding out more. This began our music-and-creative filled friendship. She actually wrote the song “The Conqueror” almost three years ago and was itching to release new music. In a turn a coincidental events, I went to Sweden for work and met Eli in person. It was immediately clear that Eli was truly the girl I imagined from her video. With a take-no-shit attitude and an incredibly focused and strong work ethic, it was only a matter of time until this girl would be a superstar.

I'll continue to spread her music and passion to the masses, and perhaps one day be part of her incredible journey through the industry. In the meantime, through my Q&A with Eli below, I'd like to share with you the same incredible intensity in her music and character that initially caught my eye.

Alexa Dedlow: How would you describe your music-art-entertainment for the public audiences if they have never seen you before?

AD: If you could describe your sound in one word what would it be?

BE: That's impossible! I like contrasts, it's hard and soft, sad and happy at the same time.

AD: Do you write your own music? Where do you find your inspiration for writing?

BE: I write on my own but also with friends of mine. Conversations with people, movies, relationships… the usual.

AD: How do you want your writing and songs to affect people?

BE: Music for me is a way to escape but it's also a way to face reality. I hope people can find some sort of comfort or guidance or just forget about shit when they hear my music.

AD: What was the first song you loved that made you want to write songs?

BE: Probably some Alicia Keys song from Keys in A Minor.

AD: What was the first album you bought?

BE: I wanted to buy Thriller but my dad convinced me it was better to buy an album with lots of different artists to sort of get more value for the money (I was seven), haha, so my first album is like a Swedish Best of 92-­‐95 double album.

BE: Making a great song, eating good food and hanging out with people I love. I'm quite simple.

AD: What artist do you love that no one would imagine you like?

BE: Hmmm... Dolly Parton maybe. Not that I think that's shocking but sometimes I feel like people are quite stuck in genres.

BE: Listening to my own songs on repeat.

AD: What are the values you will consider when making hard career decisions?

BE: The people closest to me career wise are also like my extended family, so I think it's important to be kind.

AD: Tell me about being a female in the music world?

BE: I think I've been fortunate to work with good people so can't say it's a struggle for me being a woman in the music world. I do think you have to be quite confident though, to get your opinions heard. With that said I think that's the case as an artist in general, however men can always pull the "ugly genius" card and for women that's not really on option – there's a lot of focus on appearance, yet again, that's not exclusive for the music world.

AD: What can people expect to see at your live performance?

BE: I run around a lot. I don't really like going to live shows, I get bored quite easily so I do my best not to bore people I guess, haha.

AD: How long have you been performing or making music?

BE: I took danced lessons when I was younger and started writing songs in my room as a teenager so I've been doing it for some time now.

AD: What are your immediate music career goals? Next 1-3 years?

BE: I'm really excited about writing my second album even though I haven't finished my first one yet!

AD: What have been your biggest challenges thus far in the music industry?

BE: Listening to my own intuition.

AD: You've heard of the term "starving artists" before, how do you cope with major obstacles?

BE: I live off the kindness of my friends and write as much as I can. Only thing you can do really is to keep making music, and hopefully you make something good enough that's gonna lead to some sort of economic stability.

AD: If you had the opportunity to change something about the music industry what would it be?

BE: More women on high positions. It's completely unacceptable that it's still not 50/50.