Described as “a soul sensation” (The Guardian), “ultra-talented” (SB.TV), with “slick harmonies, suave guitar riffs and 60’s throwback chorus” and “…the dandy of modern soul” (Digital Spy); let me introduce you to Bo Saris, the mega talented contemporary soul singer-songwriter from Haarlem in the Netherlands. With his debut album GOLD released via Decram Records on 28th July in the UK and due for release shortly in the US, he will be on everyone’s radar if not already. I caught up with Bo during his European Summer Tour. 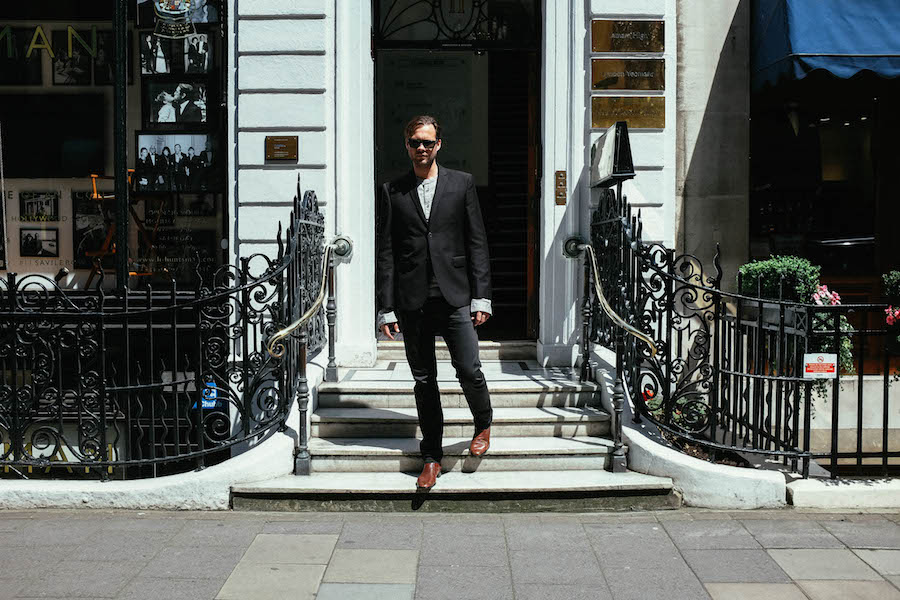 Georgie MacEchern: Bo, firstly thanks so much for taking the time to speak me and congratulations on the release of your debut album GOLD, tell me a little more about the album and what it means to you.

Bo Saris: Thank You. The Album "Gold" is a story of all the experiences, emotions, thoughts, pleasures, pains, ups & downs, happy & sad moments I've gone through over the last 3-4 years. Gold is the feeling I wanted to accomplish, that's what success means to me… the embracement of that feeling when you've put your whole heart & soul into your music & it's paying off - that's that golden feeling.

GM: How has the summer been so far? I see you have been playing some cool festivals and tour dates in Europe including Bestival, is this your first time playing there?

Bo: Yeah summer’s treating me good so far. First time for me playing in Europe so it has been very exciting for me & the band. Now I have a few more dates lined up & then we're going to prepare for the fall gigging in clubs.

Bo: I grew up in a small city called Venlo in the South of Holland & fortunately I've always been surrounded with music from to my dad who is a jazz musician, and my mother’s always played the oldskool stuff and for me it was very clear from the start that music was everything & knew I would become a musician.

GM: I know music has always been a big passion. Who were your major influences growing up and have those changed as your sound has developed?

Bo: Yes music has always been my passion & for me also the best way to communicate & show my emotions. It's a universal language & the most powerful weapon to get your message out if you ask me. My influences were (as you may have already heard) mainly soul/funk & jazz from back in the day. Think of people like Bill Withers, Marvin Gaye, Otis Redding, Michael Jackson, Curtis Mayfield, Prince and many others in that vain but also the Hip-Hop & R&B of the 90's had a big influence on me. What I listen to now, can actually be very diverse from time to time & the combination off all these styles & influences developed my own sound I guess. 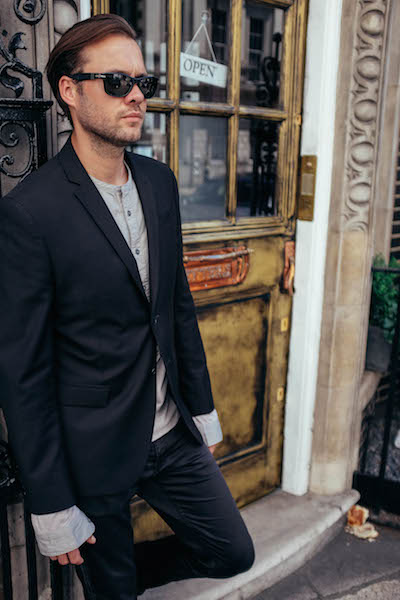 GM: Tell me about your journey and how you got to where you are today as I know you have been singing for quite some time but only in the last year or so have you started making a name for yourself outside of Holland am I right?

Bo: My journey actually started when I was kid always knowing that music was the thing I wanted to do & loved the most.  But it all became more serious at the age of 15/16 when I started to write songs, play with friends & started to connect with local musicians who had more experience; and with one of them, Gino Taihuttu, I started the band SoFuJa which was a acoustic duo. For three years we played & sold our music on the coast of the south of Spain & during the winter every weekend in Germany just to gain experience & grow as artists and writers. Till this day I still feel it was the best school possible.

After that, I participated in the talent show "Idols,” which I won in 2004… although it wasn't easy to go my own way in the beginning with a certain stamp on your forehead, but I did it & kept staying true to my sound. I made 4 albums, toured the Benelux for 6-7 years, and late 2010 I got the opportunity to move to London & work on a international career which I did & now we are here, and little by little my dream is coming true and for that I'm very grateful!

GM: So you’ve lived in London for the last three years or so. How has that experience been for you?

Bo: London is a great & vibrant city & for me it has been very inspiring, but on a social side it was difficult sometimes, but most importantly I've learned so much from it… it made me grow as a musician and writer. It's a city which has a lot to offer creative people, and therefore a great city to work & live in.

GM: 2013 kicked off in a pretty big way for you. Your song “The Addict” which was produced by the legendary Dre Harris (of Usher, Robin Thicke fame) got airtime from the likes of Zane Lowe and started to put you on the map in the UK for one. Tell me about the song and how you came to work with Dre?

Bo: I met Dre in February 2012 through a friend from Sweden whom I've worked with. He moved to LA and invited me to come over & the first session we did in LA was with Dre. From the moment I heard his music & sound, I instantly fell in love and knew I wanted to do more stuff with him.

Later that year he sent me two productions & one of them became "The Addict".  First time I heard the track I knew what I wanted to write about. Most of my songs are always about what I experience & go through in life, and same is true with “The Addict,” cause I've seen someone close to me struggle with an addiction, how everything changes in the person and the consequences you’re facing from the damage that has been done.

It’s been a year since the release & the response we’ve gotten in Europe has been great so far, so yes we kicked off pretty good!

GM: Since then you have gone on to release the stunning “She’s On Fire” track & video…I personally love this song and the Maya Jane Coles Remix of it. Who shot the video… super cool idea…tell us more?

Bo: Thank you, yeah "She's On Fire" is actually where it all started, that song gained a lot of awareness & eventually got me the deal I needed to make the whole record "Gold". The style had always been something I wanted to do, I had always been a fan of animated stuff because of it's mystique & unique vibe & of course the wide range of variety in animation offers a lot of opportunities.  So, when I met Tim Fox, who did all the videos and artwork, I knew I had found the right person. He showed me his showreel & I was sold so we gave him cart blanche to do all the videos and artwork & yes I also think with this collaboration we got a pretty cool & unique style for the whole project. I love it.. 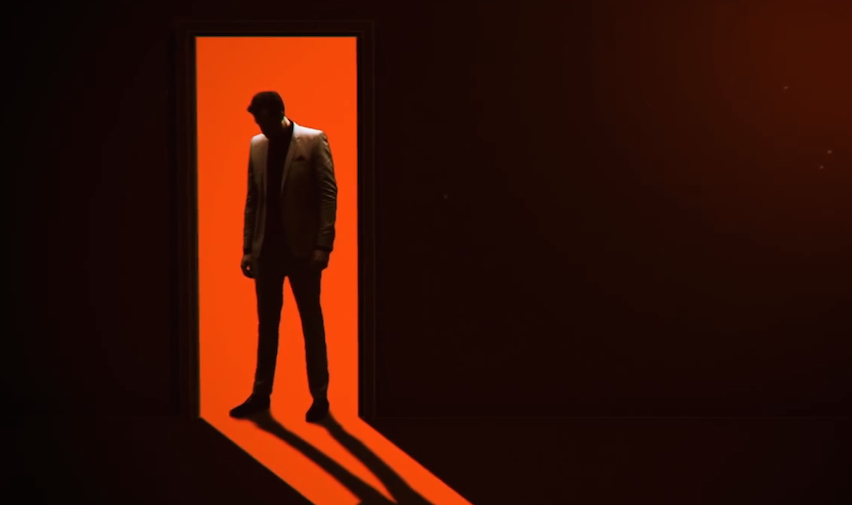 GM: It must be super exciting getting all these top DJs / Producers wanting to work with you and remix your tracks? Who else have you worked with?

Bo: Of course it’s always nice to collaborate with talented people & for me also a great way to expand my horizons musically. Before I moved to London, I barely had any experience working with DJs but that's very differed now. Not only did several DJs make remixes of my songs, I also started working with them to write songs on dance tracks, worked with Chase & Status, Bondax, Chainsmokers, Kat Crazy to name a few and all have been great experiences..!!

GM: I know you collaborated with Chase & Status on their track “Breathing” last year – pretty cool – how did that come about?

Bo: The collaboration with Chase & Status came through someone at my management company at the time, who's a good friend of Chase & Status, they heard the calibre of the remix of “She's On Fire” which they really liked & saw who was representing me, got in touch and that's how our collaboration came about. Great talent & very happy with the results, but most importantly very cool guys to work with...

GM: Bo, let’s discuss your personal style – simply love it. Has the “dapper gentleman look” always been your thing? Do you have particular tailors / shops you like to buy your suits from? Any favorite designers at the moment?

Bo: Well the whole dapper gentleman look had to grow on me to be honest, always loved it but I've gone through some phases before I realized I would feel comfortable in suits. There are a few brands I really like & wear myself, for instance The Kooples, Adam of London, Religion, and there's a brand I recently found out about through a friend called Etro which is really nice to & of course there many other designers that make beautiful clothes that I don't know about so if you can hook me up with some cool designers, more than welcome! 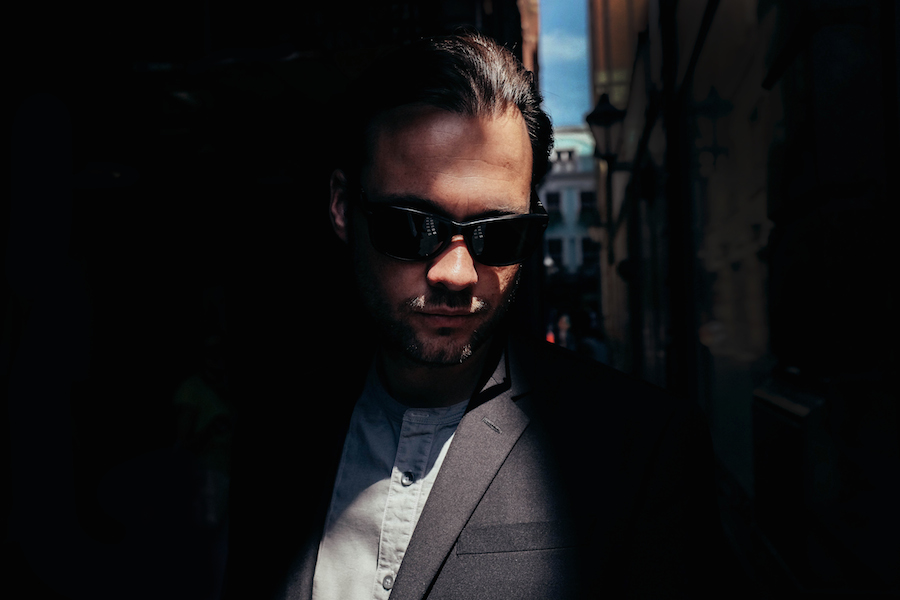 GM: So with the release of your album stateside any plans on touring over there?

Bo: Well, I would absolutely love to go out there and tour the States, so I can only hope it will happen soon after the release of the record. Of course it's logical that when you’re releasing you'll play as well, but I have to be patient. We expect to start doing a few shows early next year.

GM: SoundCloud has been an integral platform for emerging artists.  Has this platform played an important part in your journey?

Bo: Soundcloud became a very important resource for artists to share their music & also for me it's been very helpful to communicate on an international level, so yes it definitely been a part of my journey.

GM: There is a lot of emerging talent coming out at the moment – for you who would be the artists to be keeping an eye out for? Any fellow Dutch artists we should know about?

Bo: There's emerging talent everywhere. I think of Charles Bradley, Allen Stone… and in Holland there are some artists doing very well at the moment, Mr. Probz who had a #1 hit in the UK with "Waves" a few months ago & Caro Emerald who's being very successful in the UK over the last 2-3 years & don't forget about the Dutch DJs of course. But for new emerging acts from the Netherlands, I would say, Thomas Azier or Dotan which is totally different from what I'm doing but very creative & they have their own style which is cool.

GM: If you had the chance to collaborate with any major artists who would they be?

GM: Thanks again and good luck with everything, super exiting times ahead for you right now and here’s to a Bo Saris takeover!

Bo: Pleasure is all mine & thank you guys for having me.