As a DJ, I'm always on the look out for great remixes & covers to incorporate into my sets & new tracks to play & share with friends. NY-based DJ & producer Cousin Cole has been on my radar for quite some time, from his memorable remixes of Springsteen’s “I’m On Fire” and Neil Young’s “My My Hey Hey” six years ago, to his latest, LEGEND - a Reggae Mix of Pharrell’s Happy. 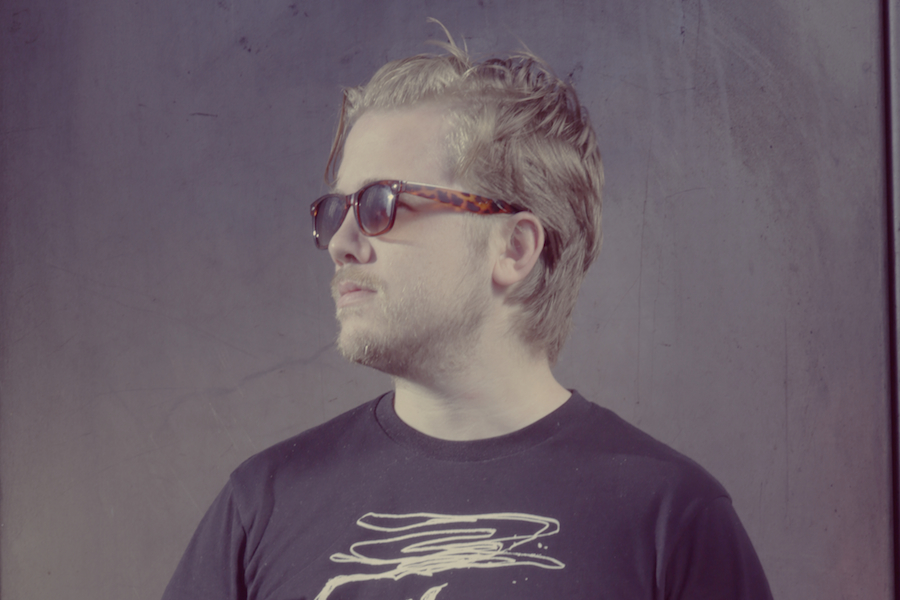 Georgie MacEchern: It's a real privilege to be interviewing you for 1985. I've been a big fan of yours for a while, & I regularly play your remixes out. They're killer.

Cousin Cole: Thanks! Glad to hear it!

GM: One of the biggest hits of the summer was Pharrell’s “Happy” and your remix just tops everything I love about the original track and takes it to another level. Everything about this remix, in my mind, spells out summer, sunshine, & good vibes. I am intrigued to know more about how long it took you to get that production finished & the whole process involved.

CC: I just felt like a reggae version would be a perfect complement to the original. After a lot of searching, I found a tiny snatch of a Cornel Campbell song that worked well for the bassline and the guitar parts. Then I added my own drums and played it out like that a few times to test it. I always felt like something was missing so I ended up using virtual instruments to add horn parts behind the chorus and for the trumpet solo. Finally, I sent the file out to Hawaii where Anton Glamb II and Nick Kaleikini laid down live saxophone and trumpet for the verses. By the time it was done I honestly figured it was too late and everyone would be sick of it already.

CC: I grew up in a college town in Missouri and was always into music in some form. I never learned to play anything so I gravitated towards DJing. But didn’t really understand what it was or how to do it until I moved to New York and started doing house parties.

GM: Who were your major influences growing up and have those changed as your sound has developed?

CC: Growing up it was all hip hop producers (Dr. Dre, Sir Jinx, Premier), and I started out making rap beats years ago. Digging for rap samples opens you up to all sorts of other music, from weird old rock records to the classic James Brown songs. At the same time I was getting into Baltimore Club, house and disco. There are really way too many to name, but now I’m super into Todd Edwards’ bounce, Bok Bok’s use of space, Nadus, etc... 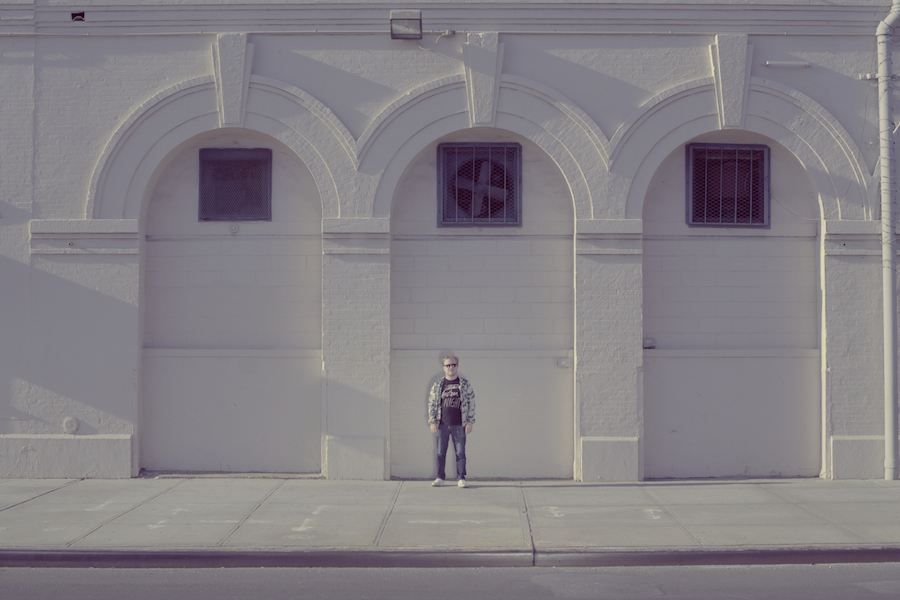 GM: Have you always been NY based. How do you find the scene there at present, & how has it changed over the years?

CC: Yeah I’ve been based in NY since I started DJing/producing. Serato & digital DJing in general have definitely changed everything. It made it a lot easier for everyone to play the same records and so that’s what happened. The average DJ set is a lot more boring now. But its also possible now for someone who wants to be creative to play all sorts of stuff that would never be pressed on vinyl, from personal edits & secret tracks (I have a few) to whatever new thing you just came across online.

GM: Do you feel the release of the 2008 indie / folk mix CD “Tambourine Dream” Compilation, featuring a couple of your remixes for Bruce Springstein & Neil Young, is what really put Cousin Cole on the map? It led to world tours with you DJing alongside the likes of the Rub, Sabo and many more.

CC: That was definitely a big help! And right before that I had had a couple big songs that most people who were into the Bruce Springsteen remix probably would’ve never heard: Baltimore club versions of Ram Jam's “Black Betty” and R. Kelly's “Ignition Remix,” and a house remix of Soulja Boy's “Crank Dat”.

GM: Do you prefer playing out or being in the studio? You still DJ regularly?

CC: Yeah I DJ all the time. It’s hard to even separate them. By the time I post anything online, I’ve usually played it out several times, to judge the sound on different speakers and gauge the feeling in the room.

GM: Surely its every producer’s dream to have inspirational artists / DJs playing their tracks out – Diplo, A-Trak & Todd Terje are all up there in the elite tier.

CC: For sure! The best for me was probably listening to the live broadcast of the last night of the legendary Optimo party and hearing my “Black Betty” remix come on. I remember I tweeted something like “ASDJHFKAJHSDfJKHDSJADJFHJHKDJHKFJKHDSJ!” Ha!

GM: Now am super excited to hear all about your new project Away Message and how that all came about and how you differentiate between this and Cousin Cole to people?

CC: I felt like I had too much going on under one umbrella, just too many different types of music. I wanted to branch out with Away Message to release house & Baltimore/Jersey club records while keeping CC for pretty much everything else. It was something I kept wishing I had done 5 years ago or whatever and I finally just bit the bullet. I’ve actually got another alias I’ve kept secret and I’ll have a vinyl release under that name next summer. 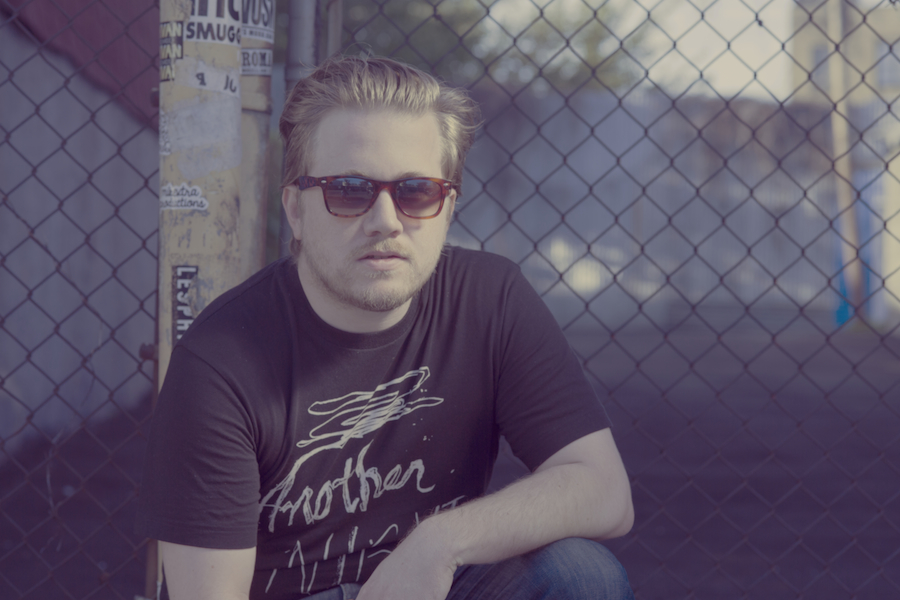 GM: Loving the Beyonce “Drunk In Love” re-edit, can we expect any further releases in the up and coming months with Away Message or Cousin Cole in that matter?

CC: With the Drunk In Love one, it’s probably a different sound than people expected from me but I’ve had a good response so far. I spent far too long on the mixdown & mastering on that one but now I’ve got a lot more in the works. I’ve just posted a bootleg of Future's “I Be You” that’s a little deeper and more emo. It starts out as house but transforms to acidified Miami bass by the end. With Future singing over it.

GM: Who for you are the most exciting artists you have worked with?

CC: Definitely Phi Unit; we have So Emotional 3 coming out soon. I have a joint remix with Rok One/Black Russian that’s finished and waiting on a release date. I loved working with Nacey & Misun on Misun Summer Bootlegs last year, and we’re almost done with the next set. And I’ve got tracks in the works with Self Help, Gonzalo Silva, and Cabo Blanco. And looking forward to starting something with Zebra Katz!

GM: SoundCloud to me has been an integral platform for emerging artists, DJs and performers.  I for one am a big fan and its how I have discovered you and your music. Has this platform played an important part in your journey?

CC: Soundcloud wasn’t really popping when I first started getting my name out but it’s definitely been a big help the past few years. I just hope they don’t delete my account!

GM: There is a lot of emerging talent coming out at the moment – for you who would be the artists to be keeping an eye out for? Any fellow US artists we should check out also?

GM: If you had the chance to collaborate with any major artists who would they be?

CC: I’d make Future & Ciara collaborate again, probably on a cover of a Womack & Womack song. Then I’d make them get back together.