Edith Pop is a wide-eyed suburban teenager, dewey and fresh as a fawn, and an explosion of puerile angst and sexuality. She sings of her contempt for the mall,  “I know what hell’s like, I’ve seen the food court…” and seduces her audience by sprawling on the floor, mounting the mic pole, and other such provocations. She's a precocious and petite blond who likes making out, dining out, boyfriends and shoes, particularly platforms, espadrilles and high heels, which she’ll tell you through her songs, that oddly you can’t help but dance to. 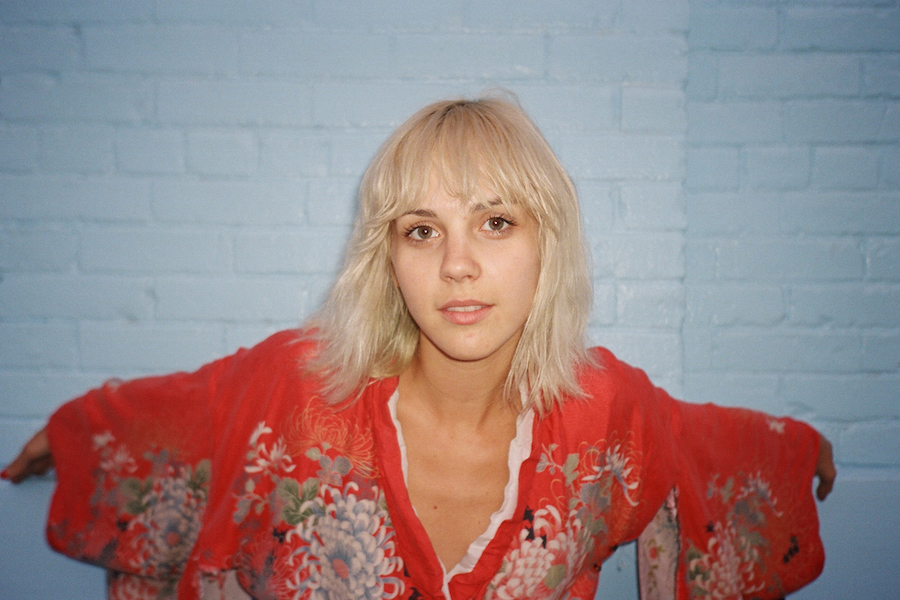 She’s also a caricature, the creation of Brooklyn-based performer and artist Laura Hajek, a pastiche of her teenage alter ego and a vehicle for personal catharsis. Although Edith Pop is something Laura would rather have fun with than intellectualize, it's a profound statement. She is inadvertently crafting a narrative of American female youth.

Kaitlyn Parks: How would you describe Edith Pop… the person and the band?

Laura Hajek: Edith Pop started as my alternative personality when I was in high school, it was an imaginary idea of myself, the cooler, darker, edgier version of me. In college it evolved into the more extroverted version of me, you know, in social situations, my friends would be like “oh now you’re Edith Pop.”

The band is supposed to bring light to the comedy of every day existence, the basic-ness of being. Because life isn’t particularly exciting. It’s inspired from being a kid or being a teenager, which can be the most horrible thing. It’s a reflection of how boring things can be in the suburbs. When I was a kid, my town had nothing, nothing to do, it makes everyone weird.

KP: The band is comprised of some serious Brooklyn rockers: Tim Oakley as producer and drummer (formerly of Mathematicians and Phantogram), Oscar Allen on guitar and Miles Lally on bass. You play bass as well (although not on stage) and I read that you started out in a punk band called Panda Piranha. What an amazing name by the way. How did Panda Piranha start and how has that influenced Edith Pop?

LH: Pandha Piranha was a hardcore project that drew heavily on a love for bands like Killing Joke and KMFDM. Jim Shearer, a close friend, and others created harsh hypnotic music that I accompanied with mostly improvised melodies matched with surrealist poetry. I think this project has influenced Edith Pop's performance style above anything else. The brutality and the visceral nature of this project seems to have become an integral part of playing this character.

KP: What do you do before you go on stage?  Do you have any rituals?

LH: I smoke about 100 cigarettes to calm my nerves and I grit my teeth and drink a beer and stare in the mirror for a few minutes repeating my mantra, "I'm a big big dog." I usually stretch and try to remind myself that I'm heading into battle against my greatest enemy, me!

KP: You performed some new songs during your set on Saturday at Le Poisson Rouge. Tell me more..

LH: One new song was Rat City, a punk song about how I'm scared of encountering rats when I walk outside after it rains. It's short and fun to play.

The other song was a cover of Abdul and Cleopatra by Jonathan Richman and the Modern Lovers. It took the place of Rock and Roll Suicide this show. It's a song about waiting for the person you most admire to come back and not really minding that they are gone because you're going to wait anyhow. Ray, who played drums for us, really hates Jonathan Richman and would only refer to the song as, "that song by that guy I hate" but he played well and it ended up being funny. That’s Ray Weiss (Le Rug and Butter The Children) who accompanied Oscar and I for this set, along with Sam Caravaglia (Haunted America and The Regrets) on bass. 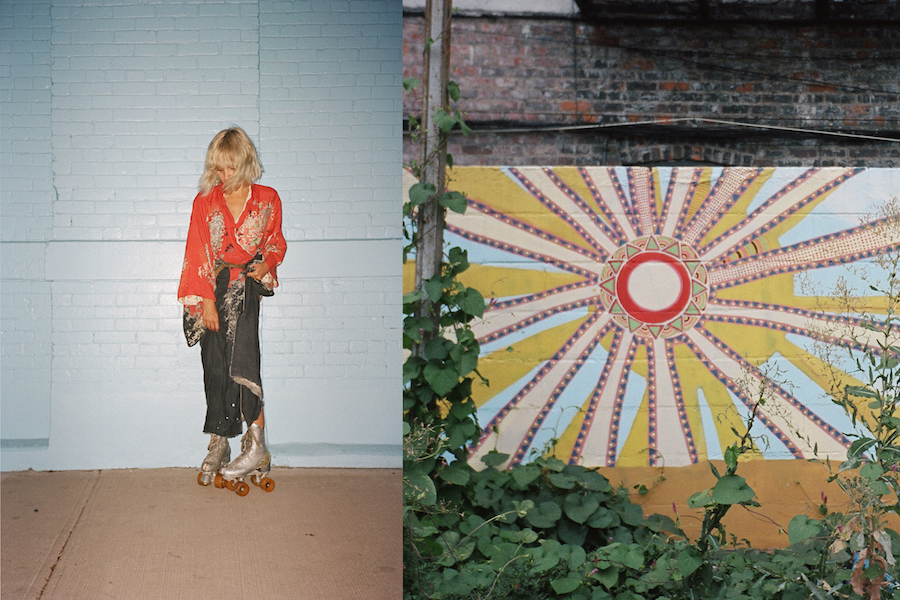 KP: While doing a little research I discovered that you were a participant in the Miss New York pageant. Is that true? Please explain!

LH: It started as a practical joke between my room mates. It was a 3 part interview process and I got accepted, so I did it, like let’s see how far I can take this crazy thing. I felt like Gloria Steinem undercover at the Playboy Club.

I had to make a video to raise sponsorship money, and one of my friends posted it on Reddit and it got picked up by The Observer and a bunch of other press. It was so random and weird. I also got casted in a “make-over” editorial for Glamour Magazine. They gave me a straight black bob. It was a cinderella story. They saved me, I could have been an ugly tom boy.

I felt like some of the pageant girls could tell I was trolling, and they hated me. But what surprised me about the experience was the range of women participating. There was everybody from what you would imagine, the stereotypical pageant girl, like “hey, bitch”, unplugging other girls’ hair straighteners, right down to a woman who is a teacher from Queens. They come from so many diverse backgrounds. Even though pageantry seems silly, they all work really hard. It’s a full time thing for them. Some girls move to New York State just to be able to participate in the NY pageant.

The dark side of it is that it’s a scam. Each participant has to pay $2000, and that’s on top of all the other stuff you need personally, like dresses, etc. So they’re making a ton of money. It’s a huge industry, the amount of money people sink into it is nuts. Girls go to orientations and it’s basically like a trade-show for pageants - selling hair extensions, exercise classes, all this shit. It all goes to Donald Trump.

I’ve been focused on the entertainment industry my whole life - acting, dancing, singing  - the biggest thing I’ve learned from it is that you have to be self reliant. You can’t wait for someone to “discover you”. There are pageant girls who pay to participate year after year, it’s like the notion that some day someone is going to pluck you up out of obscurity, so they just wait, and keep paying money.

KP: Do you have any feminist values that you bring into your work?

LH: Feminism is more important today than it ever has been, and I feel that the things I do are intrinsically feminist and deeply connected to my own sexuality. When I go on stage, I don't go on stage with an intention of being feminist, or overtly sexual, or masculine or anything, I go on stage with the intention of letting my self expel any energy that works its way out to the front of my brain. One time I thought about brushing my teeth on stage so I pantomimed that. I feel like this last performance at LPR was violent and sexual and scared me a little but first and foremost I try to look at the project from the perspective of an artist, rather than a feminist, and perhaps even more than through the lens of my own experience as a woman.

I used to face more opposition when I played with Pandha Piranha, having men tell me that they didn't like female hardcore singers, but I think that's okay! I don't think people should keep their opinions to themselves when it comes to art and music. There should be an open dialogue where we can discuss and evolve our artistic perspectives so that uninformed opinions can find themselves a balance and our art can grow. I'd rather have someone say, “I didn't like it, it was too blank” or “I liked it because blank” then just have neutral opinions or the feeling that people are holding back because they are afraid of being perceived at anti-feminist.