Brooklyn based filmmakers, Micah Ross and Mehdi Zollo, founders of production company Fatking Films, bring a mix of Swiss precision and California dreaming to their canvas of New York City. Born and raised between Geneva and Rome, Zollo earned a degree in Ancient Languages before moving to Paris to study a different language: cinema. After graduating film school and directing his first commercial works under Partizan, Zollo set out for the land of Mean Streets and Brooklyn's Finest. While nearly a decade ago, Ross left Southern California in pursuit of the same funky fresh urban grit that is NYC. The two are now writing their own story on how to make it in America.

Micah: And cool kid.
Zollo: Chief cool kid. Micah's also a creative director. Or we call him an Artistic Director. A D.A.

KP: How did you two meet?

Micah: Online dating
Zollo: We met in a bar.

KP: What were you doing there?

Zollo: I was DJ'ing and he was shaking the cocktail shaker. The turn-tables were on the bar, so we would be right next to each other.
Micah: Yes, I was working there and he was DJ'ing soul nights. But we started really working together when I was shooting a short film and my second camera didn't show up the second day of shooting so I called him, the only person I knew that would probably come. (laughter) And he came for free, he wore sunglasses the whole time on set.

KP: Were you shooting outside?

Micah: No, we were shooting inside
(laughter)

KP: How did the film turn out?

Micah: It was my first film. It looked great, but the story wasn't really there. I never edited it.
Zollo: I know the feeling because I shot some short films that I never edited. For all the students out there, story is king. (laughter)
Micah: Story is king.
Zollo: That's why we named our company Fatking. Story is king and we have fat stories to tell.
(more laughter).

KP: Zollo, what was your first film?

Zollo: The first time I picked up a camera to film something, I lived in Italy, I made a movie about a banana that would kill people.

KP: How old were you?

Micah: He was 31
Zollo: I was 12 or 13. Then I made a more serious one in film school in Paris, about a guy who killed himself. I made the classic mistake that every film student makes with the subject matter.
Micah: The dead guy, the drunk guy, the girlfriend break-up...
Zollo: You rarely have good stories to tell when you're 20 years old.

KP: What do each of you bring to Fatking?

Zollo: Micah is good at challenging an idea, and looking at things from different perspectives. He doesn't approach an idea always from the front, but from different angles. I respect that about him. The fact that he's always raising the bar. He can ignore logistical and physical limitations for the sake of challenging the idea. Sometimes I can be pragmatic and he's more dreamful.
Micah: Zollo's always trying to push the company forward. Whether it's painting the floors over the weekend...
Zollo: That's right.
Micah: Or ordering custom Fatking apple boxes… He doesn't hesitate to take the risk to invest in an idea, business or creatively related. As a director you need to be able to trust your instinct, make decisions, and bring the team with you. He does this well and constantly is discovering the new or next technology/solution to get things done. He works more than most people I know to keep the creative and business moving forward.
Zollo: I think being technical helps. A friend of mine told me that Godard is very technical, I think it helps to know technique. But it's also good to separate yourself at times.
Micah: It's something we always try to balance. When you're tapped into running a business and producing work, it's easy to stifle your creativity on projects by looking at the obstacles first versus finding the idea first. As a director, or a creative, it's best to start with the idea, see if it works, and then revise it to get to a place that does work. Sometimes if you think about logistics, the cost of something, it can turn something that's great into something mediocre.

KP: Tell me about cutting your teeth producing and directing hip-hop music videos?

Zollo: The music medium is attractive and the easiest to access. Every band needs a video.
Micah: When you say cutting your teeth, it's more like biting rocks. There are many ways to start out, and this is one of them. Some directors do music videos, then commercials, and then feature films. You gotta start somewhere, and if you're going to make films with a purpose it's good to do something that already has an audience. Whether it's a fashion film for a designer who has an audience, or a music video for a band that already has an audience. The goal is to get it seen, and it's not for prosperity or ego, mostly it's because you want to see that there's value and worth in what you're doing. You do music videos, starting out, not for the money but either because you love doing it or you want the experience. It's not always easy or fun, but I think what is cool about music videos compared to any other medium is that it's the only time when you have the freedom to conceive an idea yourself and implement it into something that is uniquely yours. It represents the band, but it's your video.

KP: What is the last music video you did?

KP: Who would you want to do a music video for right now?

Micah: T-Bird and The Breaks. The most ill, funky, chunk music band from Austin, TX. They're awesome. We license their tracks all the time for our projects. They have like 10 albums, and they're relatively undiscovered. It's clear that these days good music doesn't mean you're big time. You need a big label behind you, more so than good music. I don't think [T-Bird and The Breaks] they do it for the money, they do it just because they can't stop doing it. There are not that many bands out there that have that many albums that are good – they're all good.

KP: Speaking of music... Micah, I heard you have amazing taste in music. Can you make me a mix tape?

Zollo: I have a good song. "You Make Me Feel Like Dancing" Leo Sayer.
(he proceeds to play it and dance)

KP: You want to make a mix tape too Zollo? Let's have a little competition. 5 songs each. Best playlist wins. 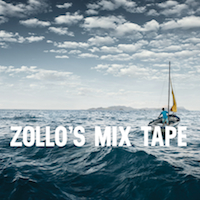 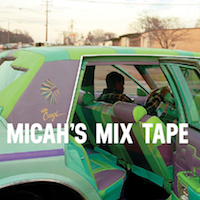 Zollo: In my class the first thing I would tell them is have a good story to tell. If you look at paintings, like Michelangelo, what makes those paintings a masterpiece is not just that they are masterfully executed but that they depict meaningful scenes and emotion.
Micah: I would go the opposite route. Because I assume not everyone at film school as something meaningful to say yet. When I was in art school as a kid all I did was copy stuff. Literally every day I would get a new drawing and have to copy it. Shading, texture, caricatures, still life. So day in day out for a year, I copied other people's material. I remember at the end of the year, the teacher told us to draw the person sitting next to us. I remember drawing my friend, John, and I was so amazed at how good it was. All we did was study dimension, proportion, where the eyes are supposed to sit on a face, all that stuff gets you ready to do something that you want to do. So in my film class I would teach technique, purely technique. If you can't ride the bike, you're not going to be able to go somewhere. When you have something to say, you'll have the tools to be able to say it.

KP: How do you stay on top of trends?

Micah: Zollo is very anti-trendy, and I respect that. But I do think that trendy does have it's place in society even if it's short term, like a month or a year. If it's a great example of the trend I think it's valuable in that sense.
Zollo: I believe in making things long lasting. Helvetica ultra light is super in right now, like as seen in the new Apple branding. For awhile, handmade fonts were a big trend, and now they're not in. Trends are easier to see on a graphic design level and in filmmaking it's more subtle.
Micah: Framing only half of someone's face is going to be big next year.
(laughter)
Micah: You can only hope that something you're already doing becomes trendy. Capitalize on it, sell it to Rupert Murdoch and move on.

KP: What is the "Fatbulance"?

Zollo: The Fatbulance is our fat van. It's our production van, we call the Fatbulance because it's the Fatking ambulance. So when we rescue you, we come fat. It's red and white.
Micah: It's our baby.

KP: What is one of Fatking's biggest values that you want to hold on to?

Zollo: We sit down with clients, and take the chalk and draw over the fabric like a Sartorialist, or someone tailoring a suit. We take time to tailor the project and approach. Our work is made with a lot of care.
Micah: Because we are small we give the attention to things that are sometimes over looked with bigger production companies.
Zollo: We enjoy fostering great ideas and seeing them through to the end stage.
Micah: It can be in any form, any subject or context. Documentaries, narrative, commercial. 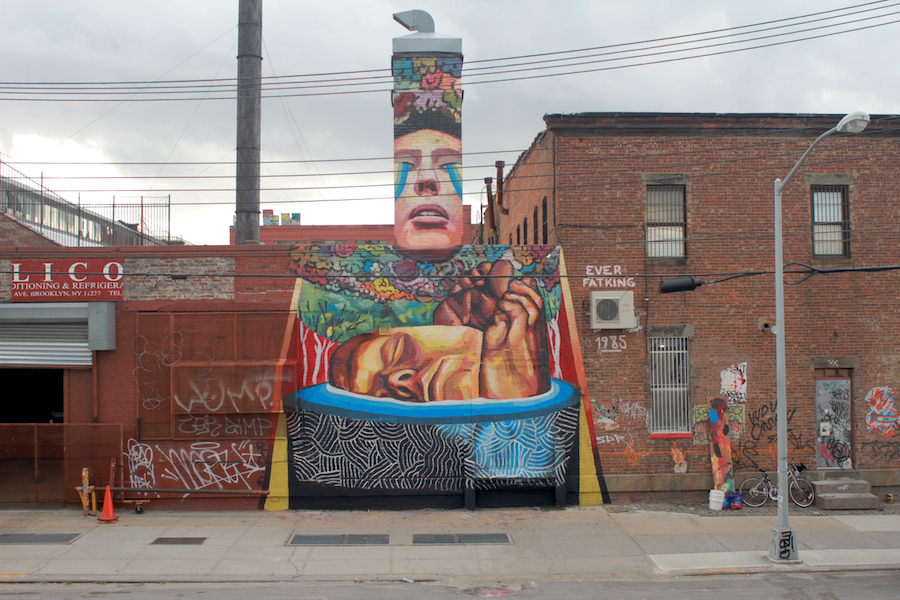 More on Ever in Issue 4.