A little wild, warm and wonderful. Which is exactly what you’d expect from one of the most celebrated children’s book authors in the world.

A year and a half ago, I wouldn’t have recognized Hervé Tullet if he sat on my head. But now. . .now that I have an eighteen month old, I know that Hervé Tullet is to children’s books what Mick Jagger is to rock and roll.

Yet still, so humble. . .so modest. So maybe not so much like Mick Jagger, but you get my point.

His books look like regular books on the outside. And then you open them and you realize they are, each one of them, little miracles. There are shapes cut out where, with just a flashlight and a wall, stars and boats and suns come to life in the dark. There are pages that only half turn to mix and match colors with other pages. There are imaginary buttons to press. There are holes in which to stick little fingers. . .And I haven’t even gotten to the drawings yet.

Because before we go any further, I have to tell you about the lions. The lions!

I should preface all this with the following anecdote: My son’s name is Ari. In Hebrew, Ari means lion. And because I’m not a normal person, I can’t buy normal things, like a pre-fab, mass produced, vinyl lion from Pottery Barn to put on the wall on his room. As such, I embarked on a psychotic quest to find the perfect lion. One may ask, what is the perfect lion? The answer to this seems fairly obvious—there is no such thing as the perfect lion. Until you see it. . . and you’re like, that is the perfect lion. That is the lion I have been searching for. 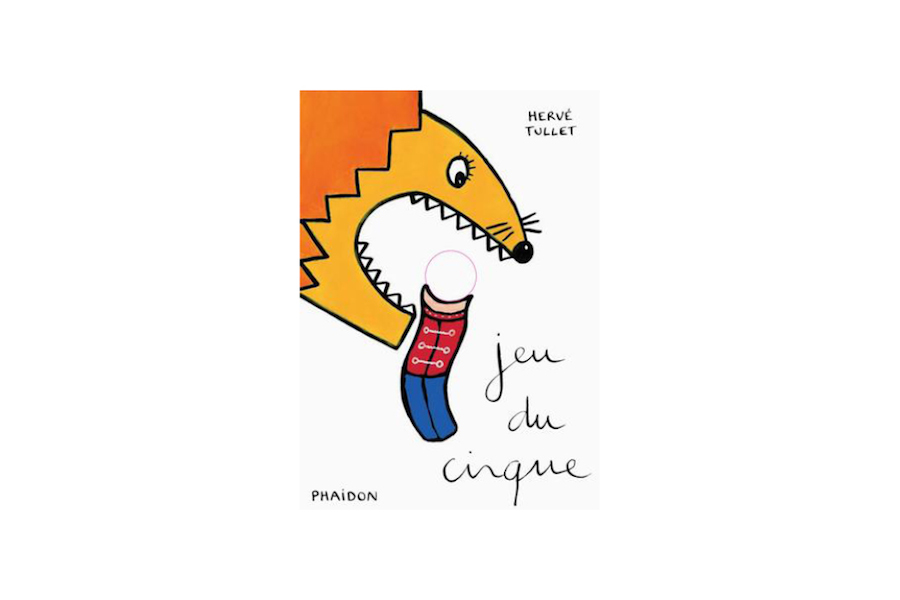 Like most amazing things in life, this lion came to me when I was least expecting it. And it came on the cover of a book called The Finger Circus Game. On the cover, a lion (the perfect lion) is about devour the head of a circus performer. But because Hervé Tullet is a genius, the circus performer has no head. In this book, no one has a head. The whole point of the book is that it is not only a book, but also a game. And the game is that you stick your fingers in these holes, where the heads would be.

But that’s kind of beside the point. The point is that I went totally ape shit when I saw this lion and went on a rampage trying to figure out how I could get my grubby little hands on it.

I hope this finds you well and that you might be so kind so as to pass this message along to Hervé Tullet. I am American author in NYC with a baby who is in love with his work. (Both of us). Merci Beaucoup, Periel

I am an American author, as well as a new mother, who has just discovered your books.

I was wondering if (ach, okay, HOPING) you might be so kind as to sell me a print of the lion on the front of The Finger Circus Game? Not only do I love your work, but my son is obsessed with your books. He is nine months old and laughs WILDLY when I read them to him. Also, his name means LION.

I'm sure you're extremely busy but if you have the time to make a simple print of it, know that it will be treasured always.

Of course I will be more than happy to pay for it as well as for whatever costs are involved.

My very best and deep thanks,

And with that, I figured I would probably never hear back from anyone.

But lo and behold, like a beacon in the night sky, this appeared in my inbox.

Hi and thanks a lot for your message
I’m not sure I’m going to print the lion on the front cover of The Finger Circus.
But I will be pleased to send you a small drawing of this lion to Ari.
All the very best,
HT 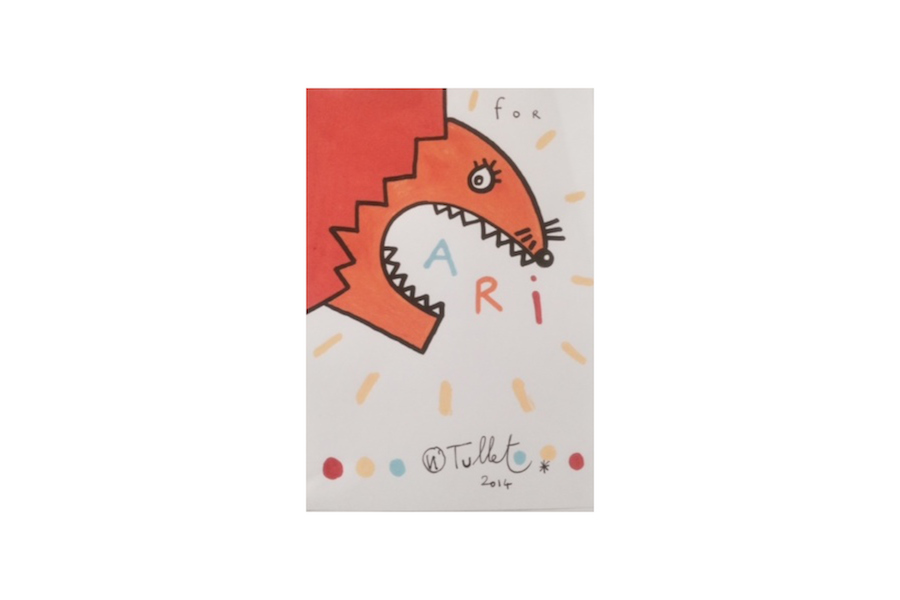 And then I got the most amazing package in the mail. And then I went out and bought every book Hervé Tullet has made in the past twenty some odd years.

These are things you should know. First, if you have children and are not familiar with Hervé Tullet, you’re welcome. And also: Monsieur Tullet is like a fisherman. He waits. And waits. And waits. For the idea. And he is always in a rush for fear something will escape. If his work doesn’t seem precious, it’s because it isn’t. His work engages the minds of millions of children because he invites them to participate in the act of discovering something through it. So it’s the work itself which is brilliant, of course, but it’s also what it does.

And although is he truly is one of the most celebrated children book authors on the planet (and creator of the perfect lion), he does not fancy himself very good at drawing. In fact, for his first job as an illustrator, he drew vegetables, because they were easy to draw.

Like most great artists, he likes to experiment and tries to avoid staying in the same style.

And when you see him, in real life, whether it is at the Guggenheim Museum in New York, the Tate in London or a workshop in Korea, he will often be covered in paint and surrounded by hundreds of screaming and roaring ecstatic children.

And it is difficult to tell who is more filled with joy.