Dark Cut-Outs, cardboard & newspaper. Typeface lifted from periodicals, the Book of Common Prayer. Xerox'd photocopies of nude bodies, in some form of repose. 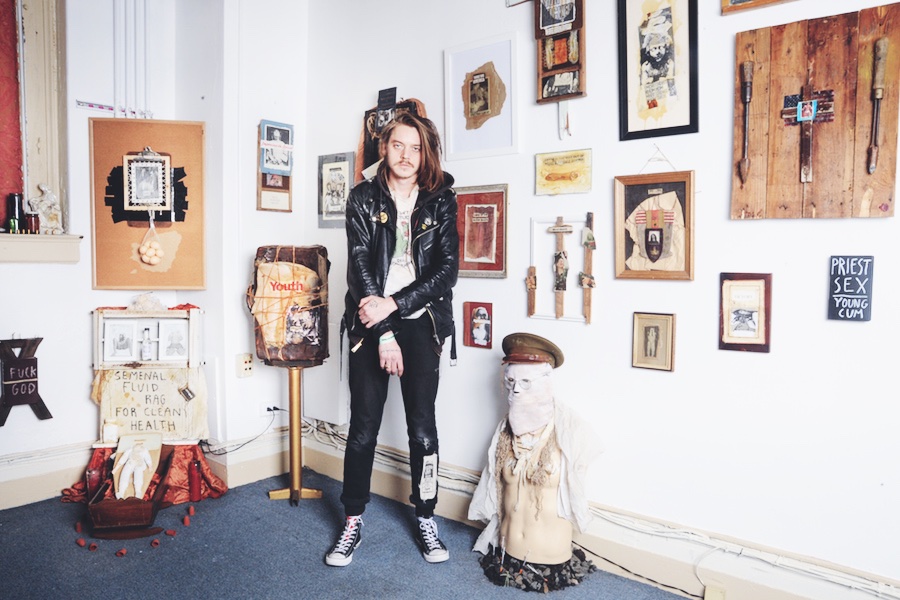 James Concannon splays open the shadows & draws back the curtains on moments of base carnal instincts, when human passion is reduced to prophylactic detritus & the tell-tale stains of bodily fluid. 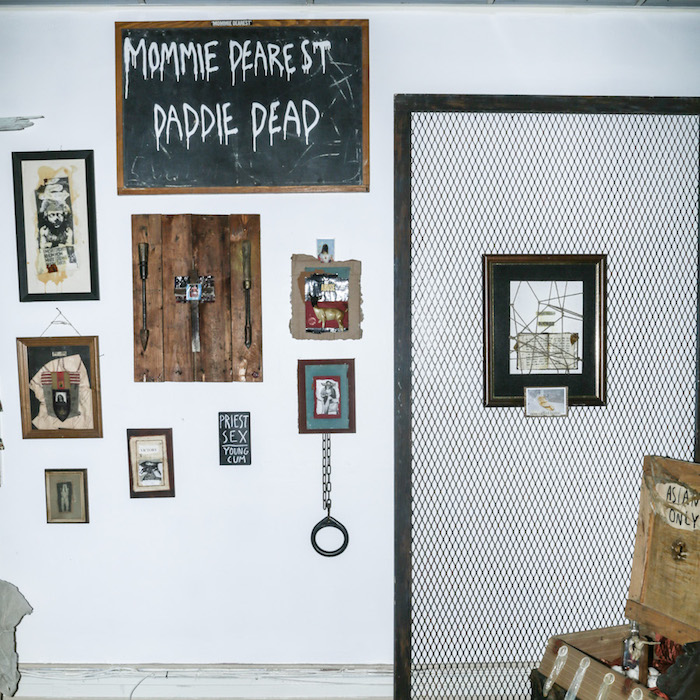 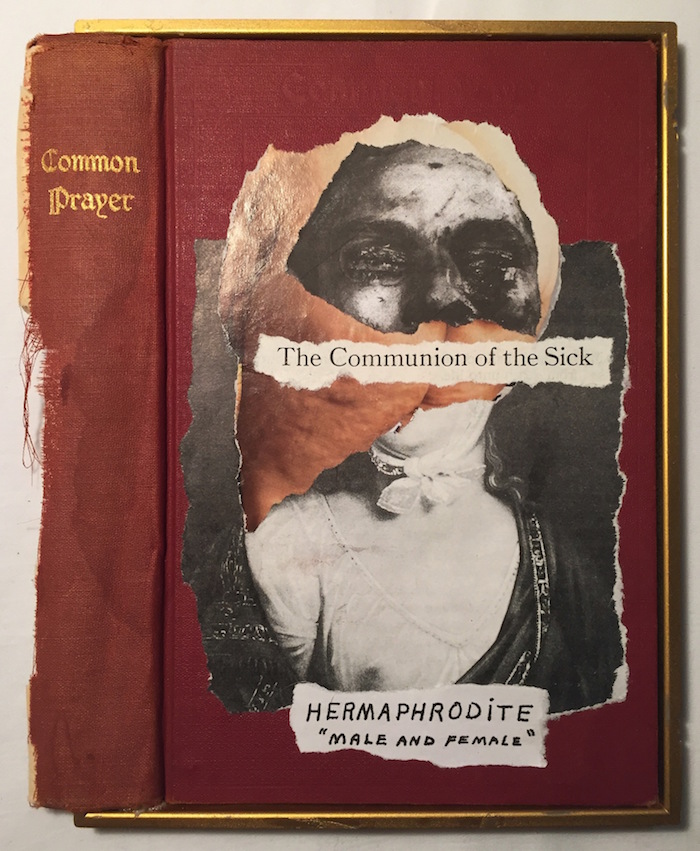 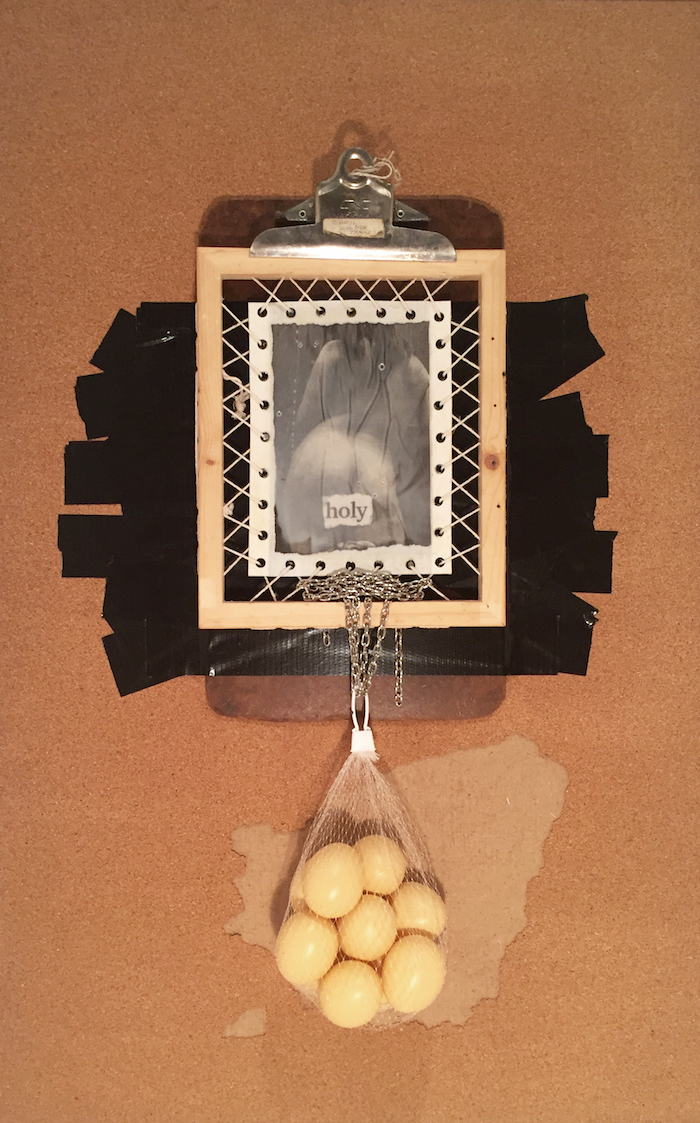 The results of his work create a tunnel-vision, vignetted focus, devoted to the obscene, the blasphemous, and the extreme. 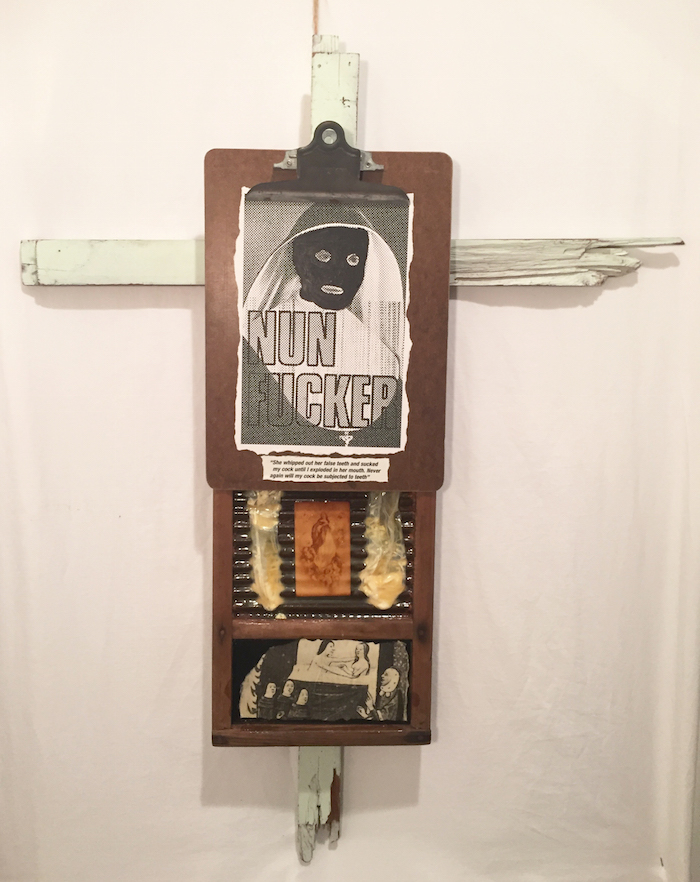 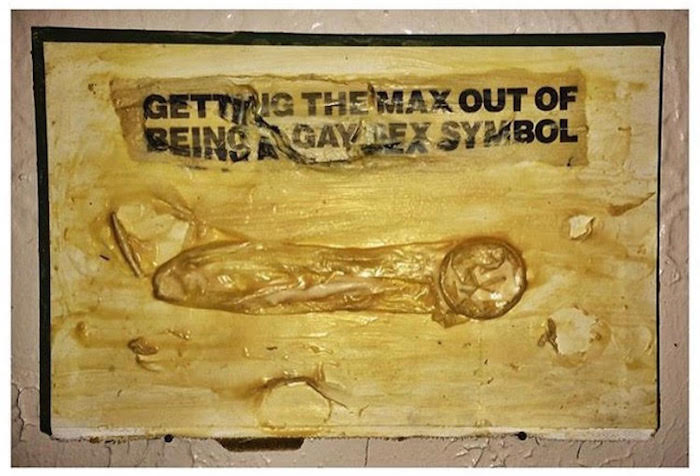 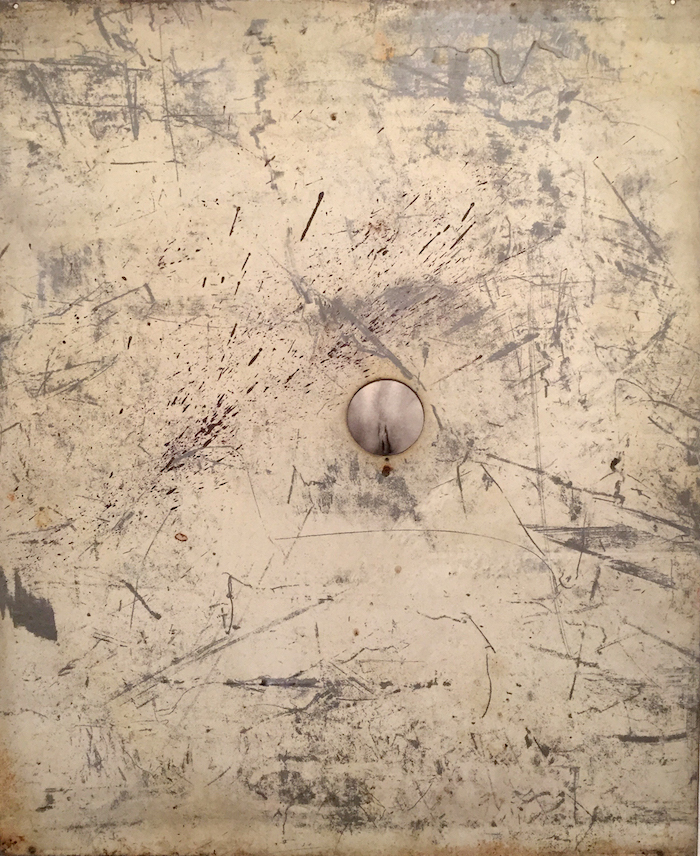 Creating a self-contained immersion of Hell, he surrounds himself with sexually charged mementos and battles with the notion of obsession. 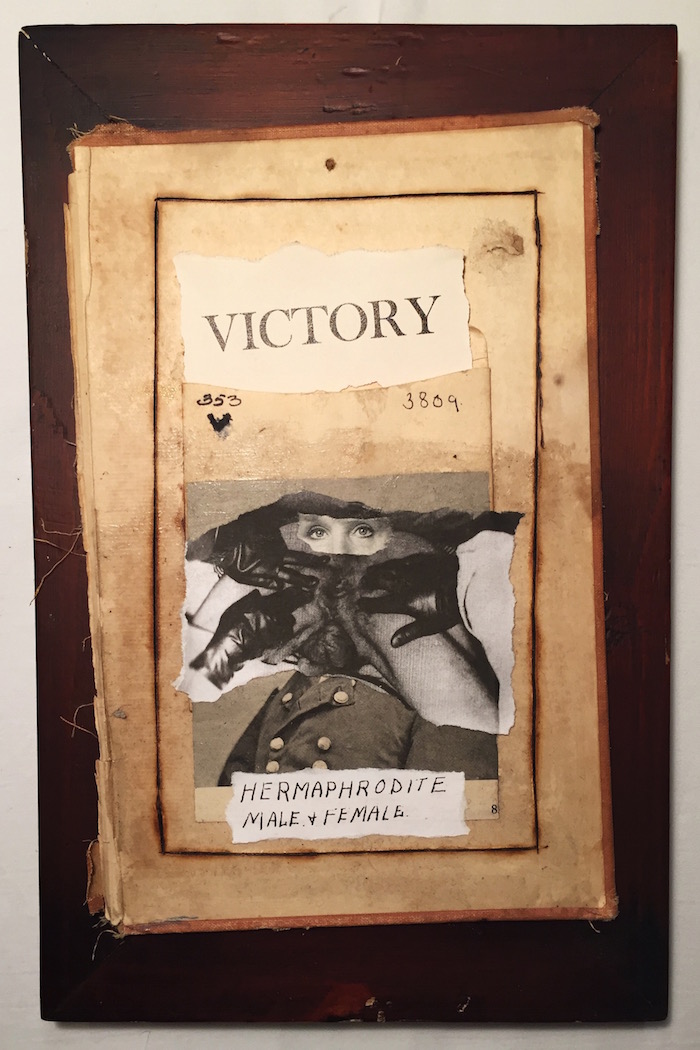 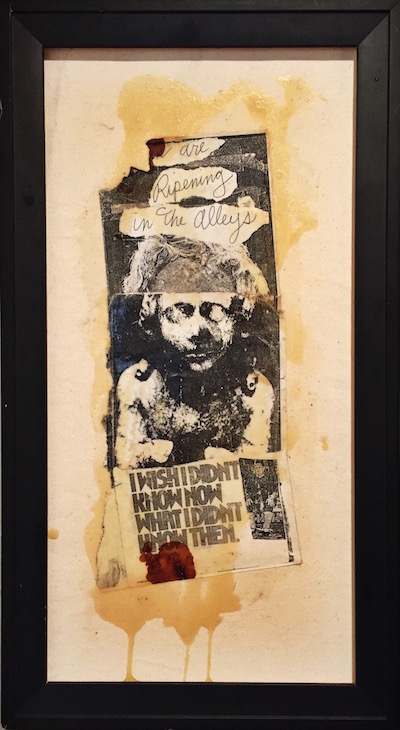 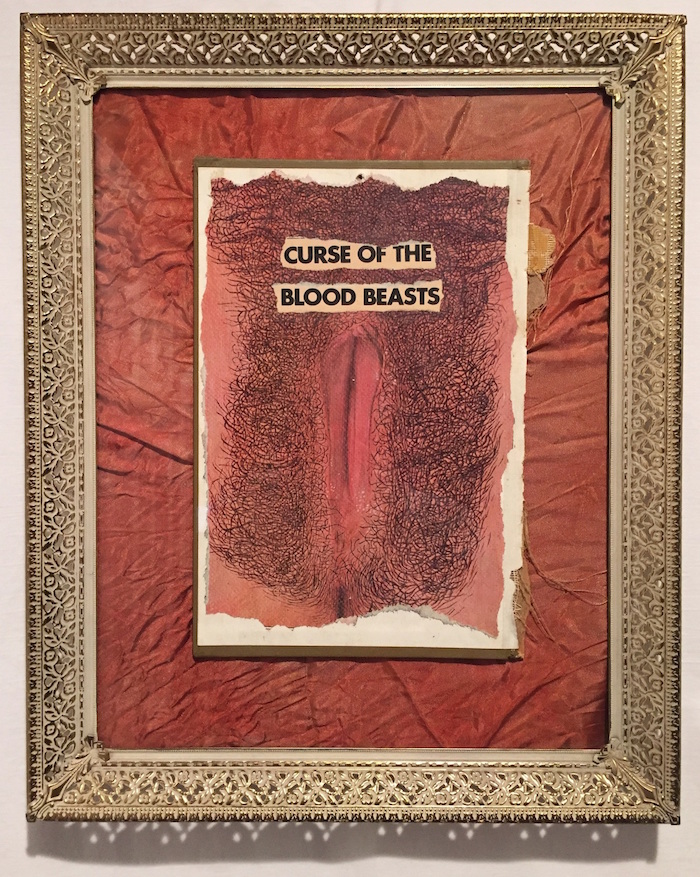 We know that the law is spiritual, but I am not spiritual since sin rules me as if I were its slave.
I do not understand the things I do. I do not do what I want to do, and I do the things I hate. 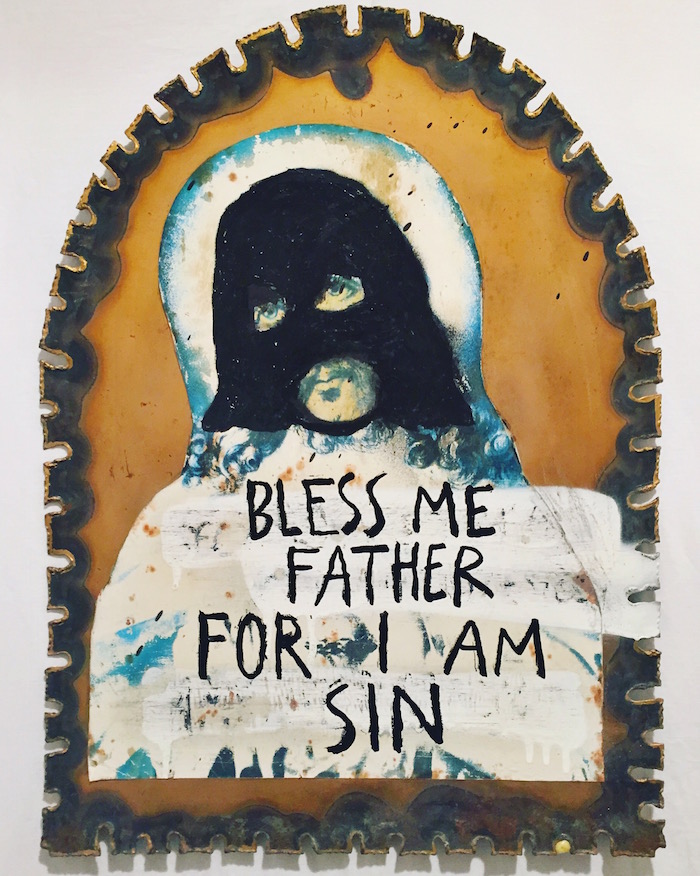 
"In 2007 I was living in a tent with a crack head named John,
in the Ballona wetlands of Los Angeles. One day he came home,
having just hitched a ride with this porn-addicted,
self described "jesus lover" who was living out of his van.
Deep in prose, as John unveiled his last half hour,
my mind could not help but imagine this man's self-created, self-contained hell.
A perfect illustration of human duality
--- the war within oneself. " 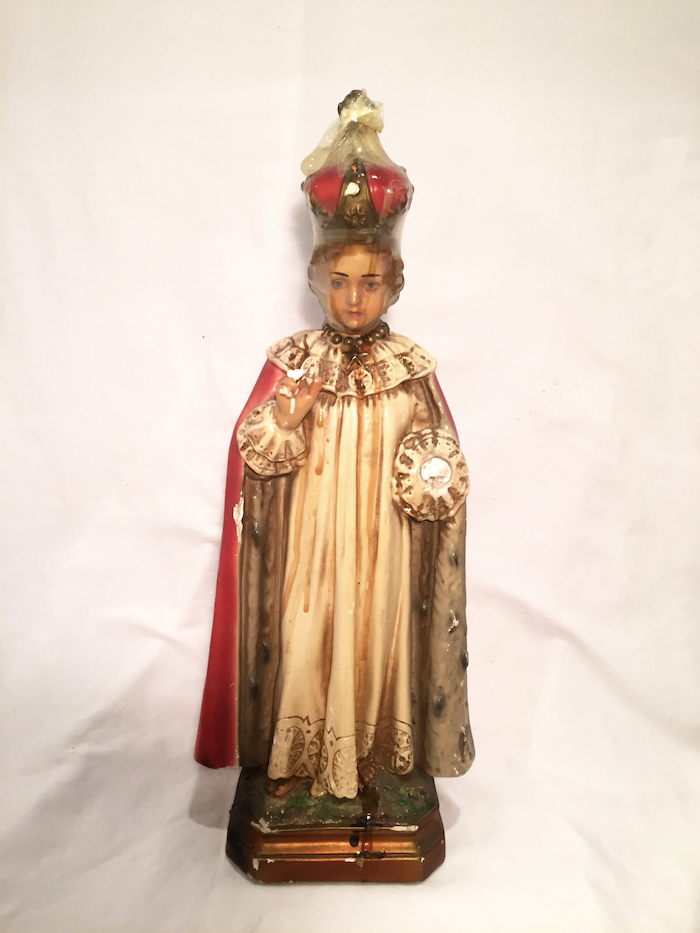 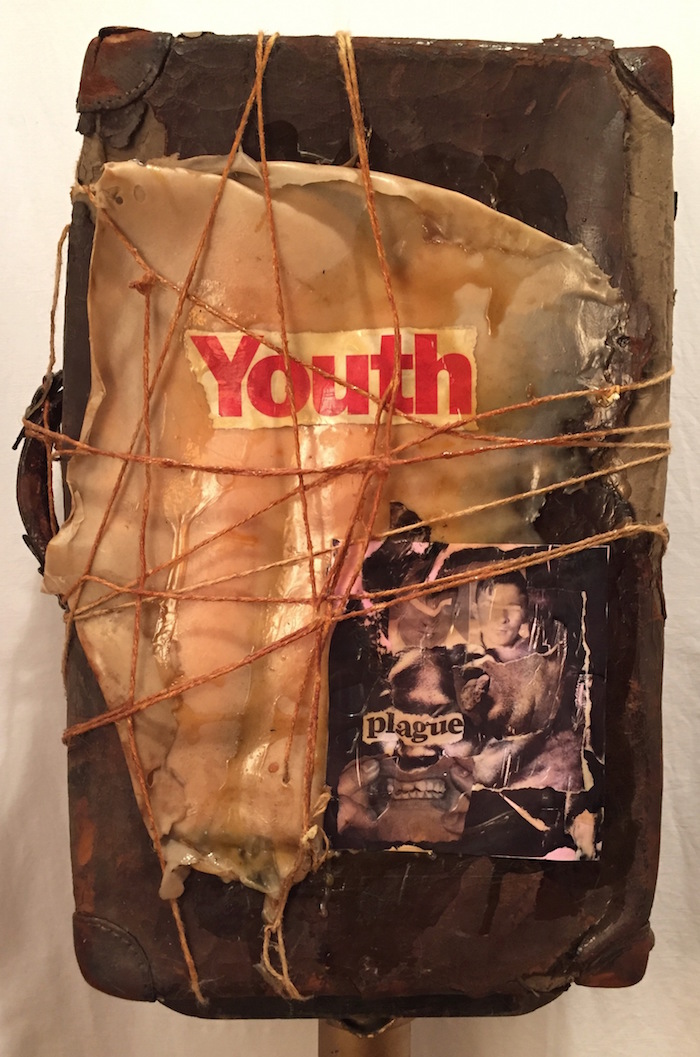 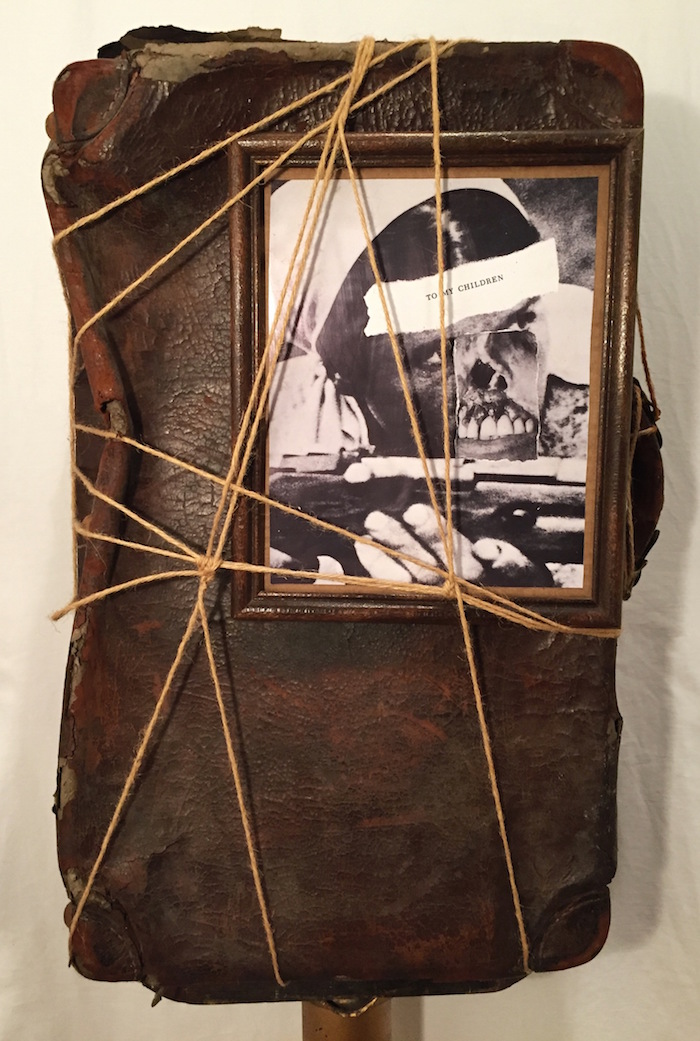 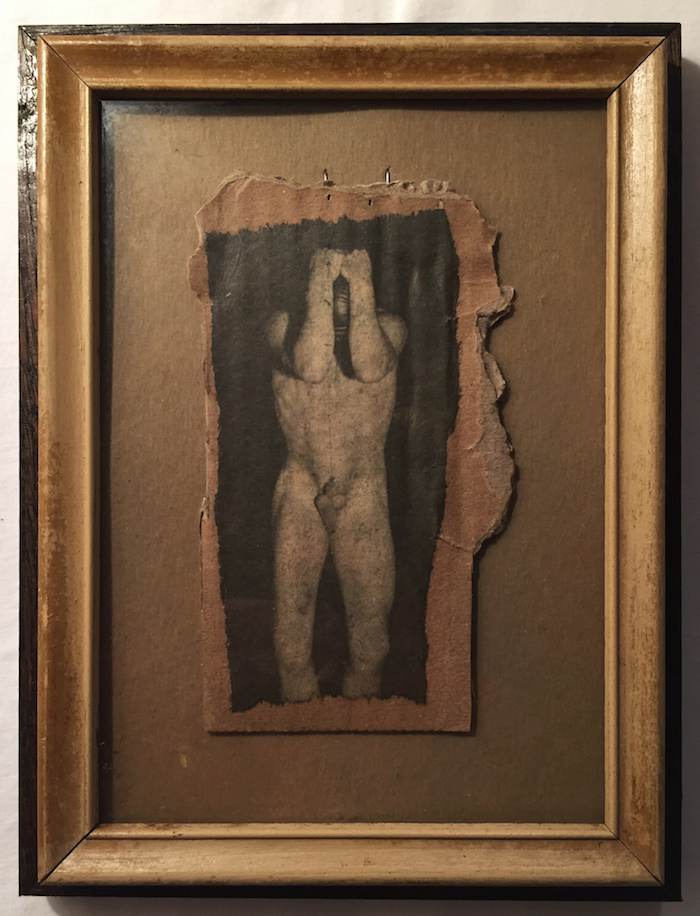 
"I am the cockroach foraging through the garbage you so willingly released.
I am the encrusted vomit you found inside of your nostrils after a night of partying.
I am the end note to a key speech where the politician got shot.
I am the sweat hidden under a latex gimp mask.
I am everything trying to become the Nothing.

I am the savior, the resurrected relic of late nineteen teen's Dadaism.
I am the dirty rig your best friend OD'd on.
I am the proletariate shitting on the bourgeoisie.
I am the Belial of Houston St., 1991.
I am the brittle paint cracking,
enticing the release of a William Blake quote.

I am your worst fucking nightmare."