Hailing from Brooklanta, Jason Nitti (producer/songwriter; Brooklyn) and Brandon Lee (singer/songwriter/rapper; Atlanta) met some 13 years ago in a small hip-hop recording studio in Atlanta. Today they perform a genre of music they call Black Wave.

JN: In 1999, I co-founded a production company called Phantom Productions with my partner Knock Diesel. It was during the recording of Knock's album where I met a 15 year-old Brandon Lee. Knock thought Brandon's technical rap style would be perfect on my tracks and suggested we get in the studio together right away.
BL: Nitti walked into the recording session and there was an instant connection between us. We really saw eye to eye musically and as Phantom began to phase out in, Nitti and I kept working together. In 2001, we ended up recruiting local hip-hop artist, Frank Lee White to form a group we called Ugly People.
JN: Our style stuck out amongst the local Atlanta scene at that time and eventually caught the ear of Dr. Dre, Jimmy Lovine and Timbaland but in the end, Ugly People were deemed "unmarketable" by the suits. As honored as we were to hear that (laughs), Ugly People unfortunately came to end.

Nitti had moved to Brooklyn towards the end of Ugly People, but the guys kept in touch. In 2010, Lee wrote to Nitti with a plea to give their music another shot. The duo decided pick up where they had left off.

BL: Nitti came down to Atlanta. We set up his studio in a basement and pressed record. We didn't know what would come out.
JN: And we didn't care.

Atlanta has been a home front to many musicians and genres of music. At the time, the city was a hub for Trap music with artists like TI, Lil Jon and Paster Troy; yet Ugly People has a different sound.

BL:  The music was a frankenstein of genres we were influenced by: Hip Hop, New Wave 80s, Funk, Pop, all meshed together. It wasn't something we initially went out to form. It was more what fell into place by accident.
JN: That was the birth of Kool Head. Yea, it wasn't conscious to create a genre… but this was the outcome of being burnt out trying to fit in. It felt right so we said fuck it. We listened back and Brandon said "this sounds like Black Wave music". Perfect. "Black wave" became our logline so to speak. 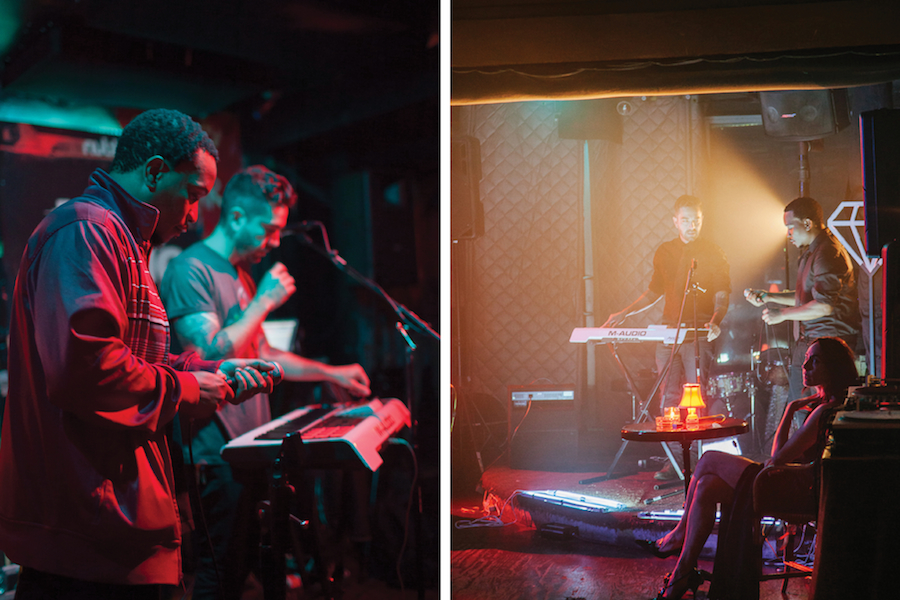 Kool Head naturally embedded themselves into Brooklyn's ever growing music scene. However, living in two cities has been an interesting experience for the writing and recording process for Kool Head.

JN: There are pros and cons to living in different cities, however we have been working with each other for so long the distance is not a factor. In fact it's become a new challenge that breeds different approaches to song writing that we would have never discovered.
BL: Our recording process consists of lot of alcohol, drugs, suppressed feelings. I'm kidding. We play off each other well. A lot of time Nitti will send an instrumental and I'll get inspired and write something to it. Or I'll have a melody in my head all day and will send it to Nitti. Then he creates something around it.
JN: Brandon is a natural. He never writes anything down. It's amazing to watch him work as he does it all in his head. As a result, songs come fast.

The Most Definitely described their music as "Rober Palmer, Oukast and Spank Rock having a love child".

BL: Right off, we're humbled to be mentioned in the same sentence as those musicians I have idolized them since I was a child.

Our friends at All Things Go described the song as "a fully formed dramatic new wave pop opus, slowly building toward a cathartic conclusion vaguely reminiscent of David Bowie's 'Under Pressure.'

JN: I guess it makes sense that Brandon and I have created a genre-busting music. Mainly because we grew up differently and experienced music in different ways. I was a fan of the early days of MTV. Brandon grew up on classic R&B that his parents listened to. We love all music and can do any genre but THIS music is what feels right to us. When you tell a person "Hey, I know this group" and they ask "What do they do?"… we find that Black Wave is a great answer.

JN:  Right now all we can do is keep writing and performing. We've learned to keep making music we love instead of trying to please everyone. Interestingly, the fans that have manifested so far span all ages, races and countries. It's been inspiring to see such a positive response from all walks of life.
BL: It was a long road getting here, but our time is now.