The buzz around Laurel, the 19 year old British singer / songwriter beauty is increasing by the day. Hailing from a small town outside Southampton, the London based artist got signed off the back of a single demo via SoundCloud to the same management company as Rita Ora, Ellie Goulding & Iggy Azalea to name but a few.

Since her demo “Blue Blood” went up via SoundCloud at the beginning of 2013, followed by an official release of “Fire Breather” and its B-side “The Desert” last December and now her EP release “To the Hills”; ‘London’s Last Sweetheart’ is taking the music industry by storm. With her Lana Del Rey-esque vocals, and Laura Marling meets Lorde empowering sound, this talented young lady is taking over.

I caught up with Laurel at the end of March, post supporting her fellow label mate Dan Croll on his UK tour.

Laurel "To The Hills" Music Video

Georgie MacEchern: Laurel, firstly thanks for taking the time to chat with me, I for one am super excited to be interviewing you as feel you are one of the most exciting artists to emerge out of the UK at the moment.

GM: How was it supporting Dan Croll on his UK tour over the past week?

Laurel: It was amazing. It’s my first time in all of these cities so it was quite an adventure.

Laurel: I grew up in a really small suburb near Southampton, I got into music through my school as they had a great music department but I’ve always sung from a very young age.

GM: I know music has always been a big passion. Who were your major influences growing up?

Laurel: Britney. Laura Marling. Funny enough I grew up around a lot of metal music in my young teen years as a boyfriend of mine at the time loved it, so I pretended to also! So maybe there’s that in there somewhere too…Ha.

GM: Tell me how you got signed to Turn First Artists? To be sitting alongside the likes of Rita Ora, Ellie Goulding and Iggy Azalea must be pretty amazing.

Laurel: Turn First found me when I was seventeen, I had released a song online and a few people blogged about it. When I met the CEO Sarah, she asked to sign me. And being a big fan of Ellie I was definitely chuffed. 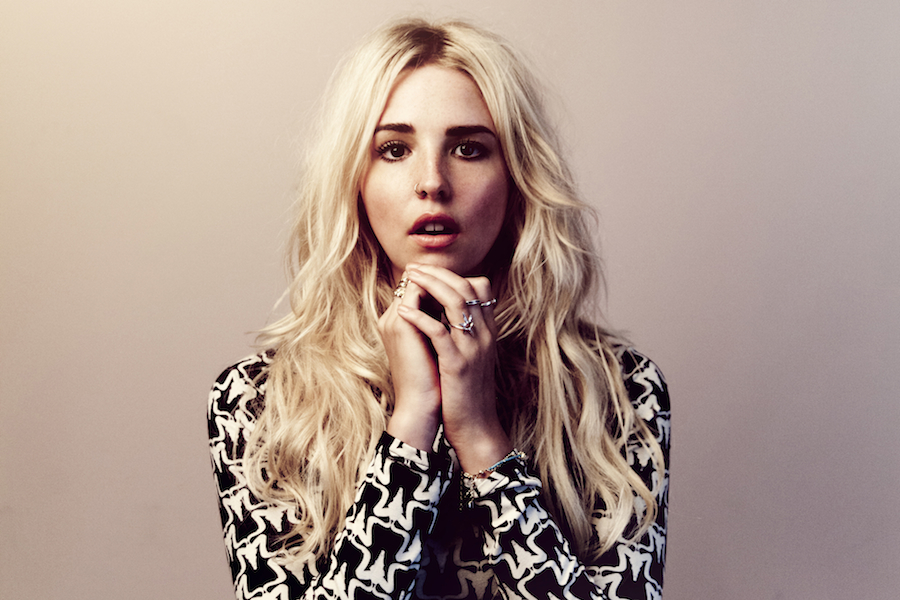 GM: I know you are currently London based but have spent some time in LA – how was that experience?

Laurel: Great, I would really love to live there for a couple of years. The energy is great out there (and the weather of course).

GM: 2014 has already kicked off in a pretty big way for you. Having already supported both John Newman and Dan Croll on their UK tours, being heavily featured “As One to Watch”, and garnering quite a fan base with a lot of publicity right now; how do you find it being in the public eye?

Laurel: It’s really lovely to see people appreciating my music as I put a lot of my soul into it. But I don’t think about it anymore than that really.

GM: I LOVE your style. Tell me where do you get your inspiration from?

Laurel: Thank you! Magazines mostly, I am obsessed with Vogue, Wonderland, ID and W magazines. All I do is stare at the adverts for Chanel and it gives me a  little inspiration then I head down to the vintage and charity shops.

GM: I see you are going to be performing at Northside Festival in Brooklyn, NYC on the 12th June. I know a lot of my US counterparts are already pretty excited to watch you there. Then next up is NXNE Festival in Toronto on the 13th June.  Any other exciting gigs and festivals lined up for you this year we should know about?

Laurel: There’s a few exciting things in the pipeline for the summer, I’m pretty psyched to play some festivals as they are my favorite part of the year. I wonder how different it will be to play them as it is to party at them!

GM: Your first official release “Fire Breather” and its B-side “The Dessert” were released the end of last year (for me as with all your songs hauntingly beautiful) and now I see its available through i-Tunes – that must be a pretty exciting landmark for you? And also making your first music video for “Fire Breather” how was that experience?

Laurel: Yeah it’s great to see the love Fire Breather is getting. It’s one of my favorites to perform live and I love the dark vibe so it’s nice to see people feeling it. The video was awesome, first video for me so quite an exciting experience. It was bloody cold though! November in an English caravan park isn’t ideal!

GM: SoundCloud has been an integral platform for emerging artists. Am I right in saying this platform has played an important part in your journey?

Laurel: Absolutely, I love SoundCloud – it’s how I starting putting my music out to the public.

GM: As always Laurel, your latest song and video “To the Hills” - WOW. What’s the story behind this song / video?

Laurel: The song is a story of a young couple just running away and trying to find something more than what they already have. This is quite a prominent theme in a lot of my songs actually. The video was based on a story by Raymond Carver.

GM: For me, one of my key questions, when can we expect the release of your album?

Laurel: The start of 2015! But my EP “To The Hills” has just been released via i-Tunes so you can enjoy that in the mean time, if you feel like it.

GM: There is a lot of emerging talent coming out of the UK at the moment – who for you are the ones we should be keeping an eye out?

Laurel: I found this guy Hozier the other day, he is insanely talented – I am slightly jealous of his song writing abilities…really really jealous.

GM: Finally if you had the chance to collaborate with any major artists who would they be?

Laurel: My dream is to collaborate with James Blake. He is the king of all kings.

GM: Thanks again and all I can say is wow what a talent and only 19 years of age – super stoked for you and can’t wait to watch you explode across the globe. Just gutted to have been out of the UK for your recent tour but hopefully I will get to catch you at one of your shows this summer.

I will be catching Laurel playing at Nottinghill Arts Club in London on 7th May, anyone else in town and fancy joining? GM

"To The Hills" EP Available Now on iTunes