I’ve never thought about writing a self portrait before, which is funny considering the only thing I ever write about is myself. Truth be told, I didn’t even know you could write a self portrait. I thought you had to paint or draw or photograph it. But once I got started, I realized that I could go for hours and hours like this. I get to just go on about my favorite topic...myself. 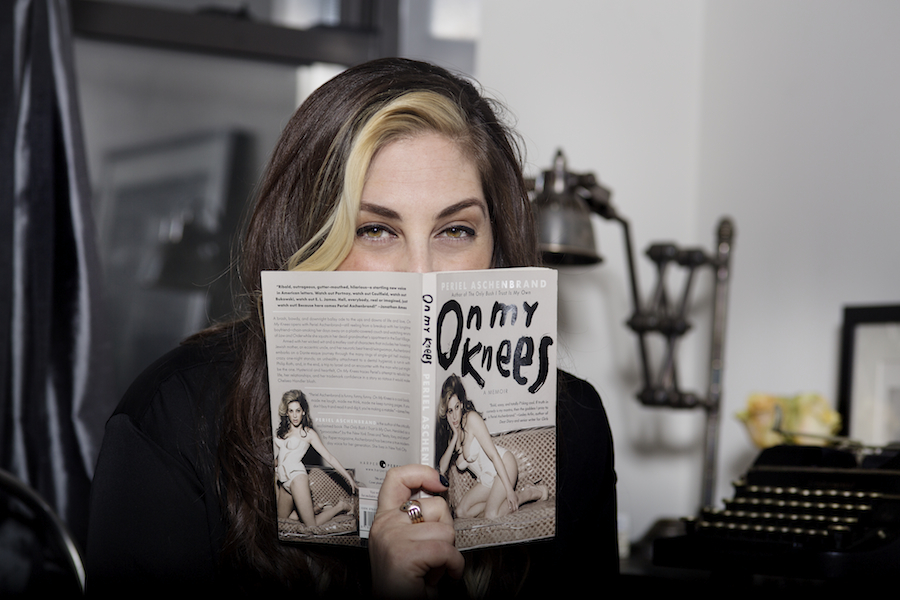 Full disclosure: As someone who writes humor, it’s really easy to be self deprecating and, as such, get away without revealing too much about myself. Which is to say that even though I’m writing about myself, I usually think of myself as a character rather than really as, well, me.

But this is supposed to be different. As such, I’ve tried to be as revelatory and honest as possible and simultaneously not come off like a totally pretentious asshole. The results are questionable. 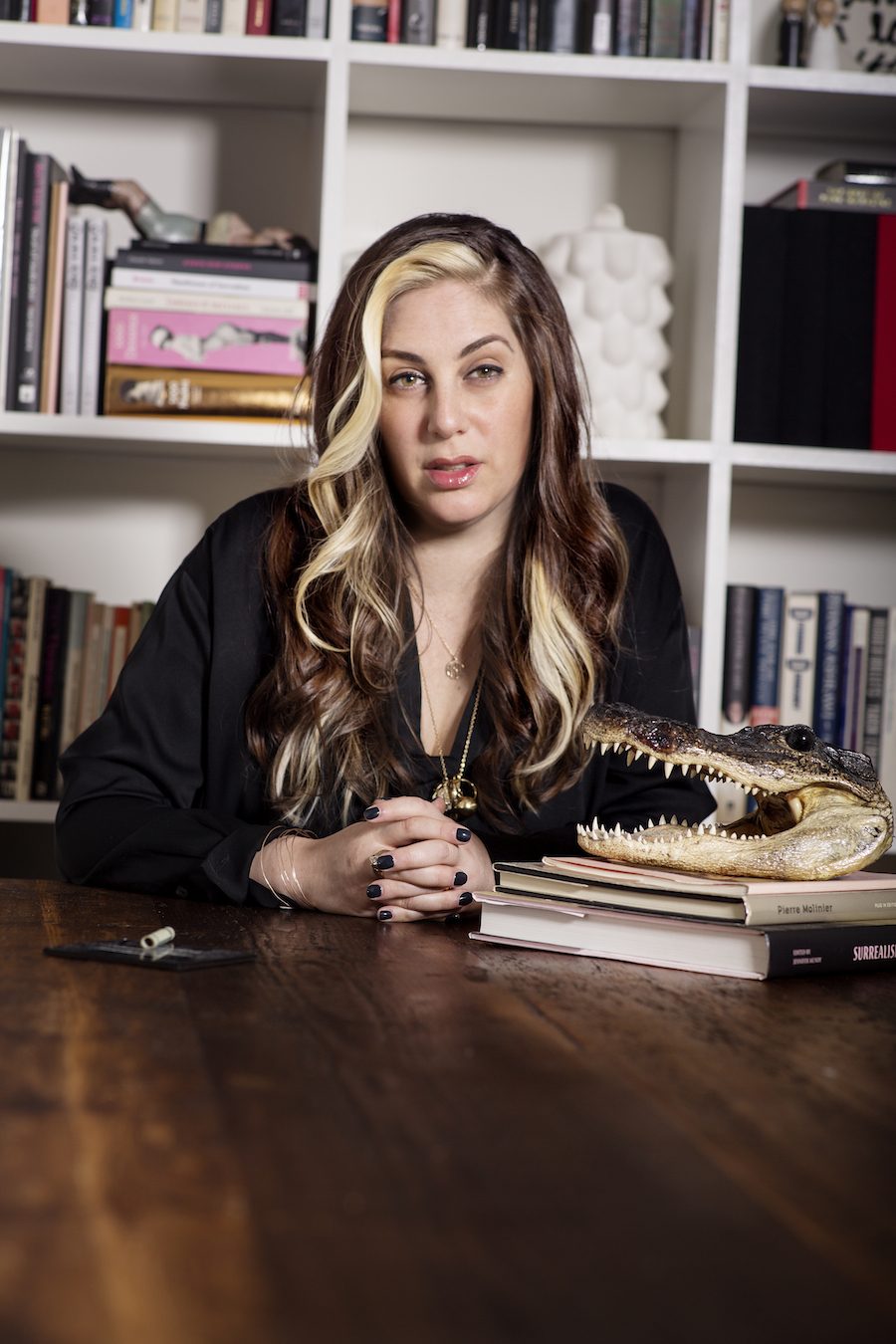 I’m an obsessive person by nature. I thrive on order. Things are so chaotic in my head—I often say that I have more good ideas in one day than most people do in their entire lives—that I need my physical surroundings to be meticulous. Pretty much everything I own has been curated. I can’t function when things are out of place. For example, even though we don’t own our apartment, I had our bookshelf custom built. And then, I stayed up until four in the morning organizing the books by size and subject, obsessing over whether Gertrude Stein would be okay living next to T.S. Elliot and Foucault. If not exact, things like these can make me insane. I also label everything. And all my friends make fun of me but I’m the one they call to come organize their shoes. If I fail at everything else in life, I will always have a second career as a closet organizer.

Here’s a little bit about what it’s like to be me. As you’ll see, I’m really into the juxtaposition of high and low. I’m very exacting. And while it’s usually really fun, it’s not that fucking easy.

Body:
Black Nike skateboarding sneakers
Black leggings from Forever 21
Black Rick Owens tank top
Black & gold Hermes scarf.
Black TSE cashmere Sweater or, alternately, black vintage hoodie (I swapped out the cord for grosgrain ribbon).
Black leather motorcycle jacket from Amarcord. I used to wear heels all the time even if I was wearing sweatpants but my feet are still swollen from the baby so it’s kicks for now. I have been wearing a variation of this outfit for years. During the day it’s pretty much the only thing I wear. 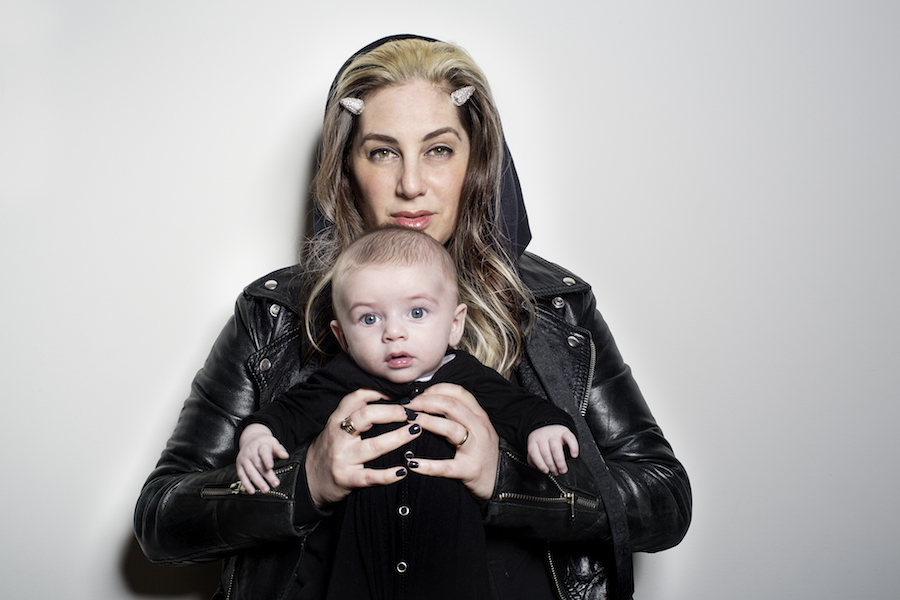 Desk:
My notebook: has to be a black Clairefontaine 8.5 by 6. Lined. You can obviously only find these in certain places (like, nowhere, ever) so I order like 10 at a time.
My pen. I recently switched to MUJI because they stopped making the pens I liked. It was a difficult transition but I’m adjusting.
An antique jar with flowers. Another obsession. Both antique jars and flowers. I try to go to the flower market as often as possible to get fresh peonies but if I’m lazy I’ll just go to Duane Reade and get roses.
My glasses. Always and only—LA Eyeworks.
My laptop, obviously, and my phone.
A measuring tape. Don’t ask, I have no idea, but for some reason I am constantly measuring things. 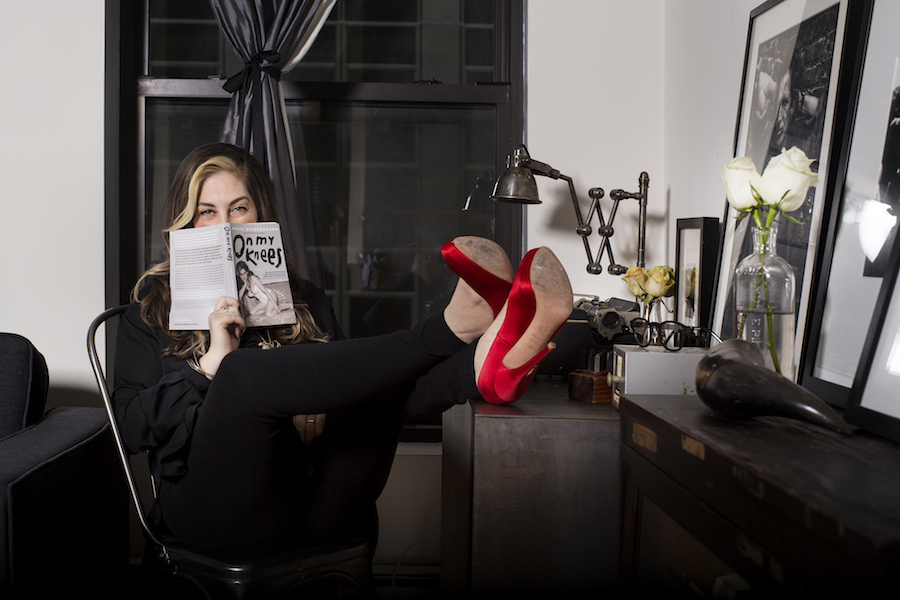 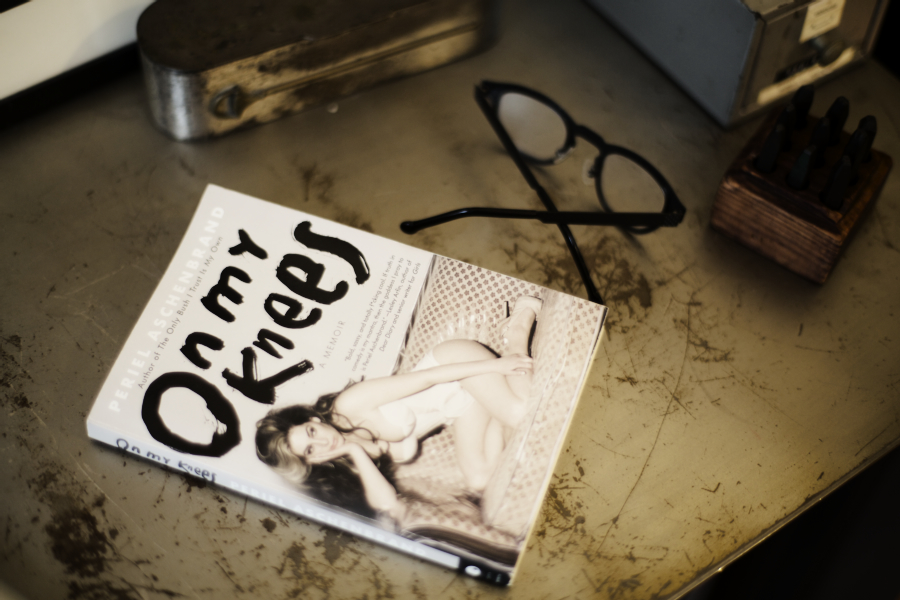 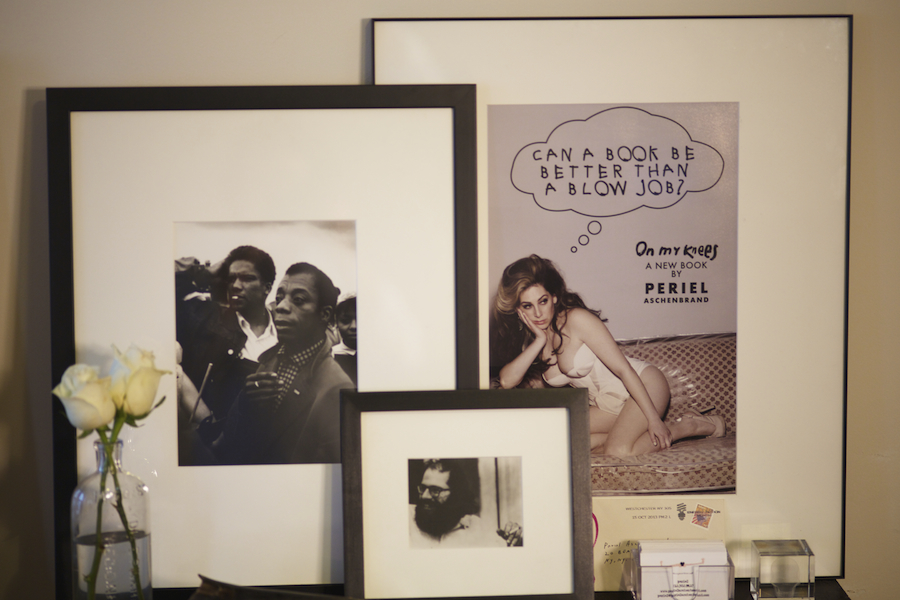 Baubles:
I am obsessed with antique jewelry and I get almost all of it from Dennis Belfor at Belfor Antiques. I go through phases with this but I can’t leave the house without my jewelry and my current obsession is rose gold.
Earrings: Little rose gold hoops in various sizes. I have four holes (don’t be disgusting) and I have rose gold hoops in each hole.
Rings: Antique rose gold snake with sapphire eyes and a miners diamond. This is from Britain in the early 1920’s.
Bracelet: Antique rose gold watch fob wrapped three times and a bunch of rose gold bangles. 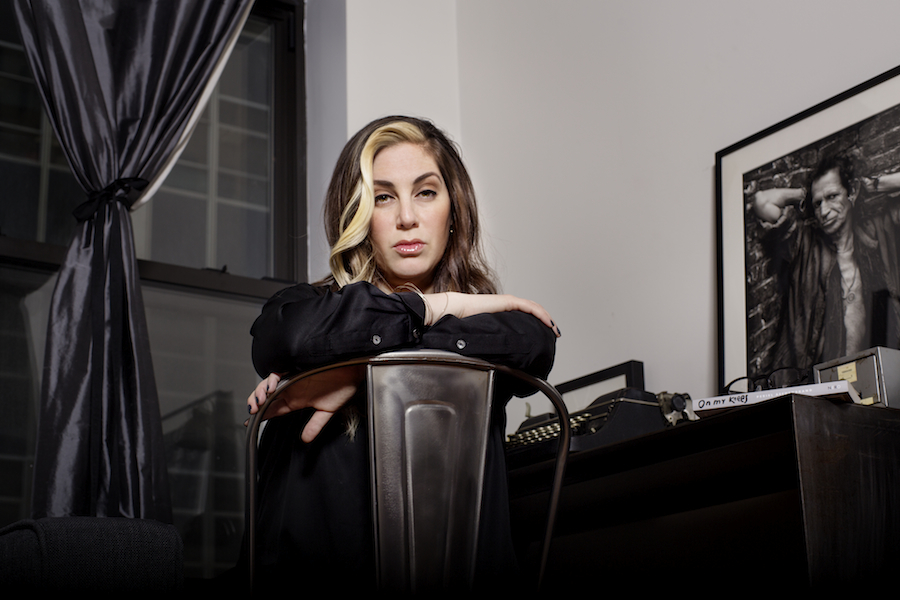 Walls:
This varies according to my mood. Most of my art is in storage because I don’t like to have too much to look at at once. But right now. . .Portrait of Keith Richards by Mark Seliger. Portrait of Mick Jagger’s mouth, also by Mark Seliger—this was a personal request and I was actually on set when Mark shot this and almost shit in my pants. Portrait of Tolstoy’s Bear by Patti Smith. Painting of Andy Warhol by Eran Shakine. All of these were gifts. Which is one of the great bonuses of being friends with artists. They give you art.

Other Obsessions of the Moment:
My giant P. I found it in a store in Florence and bought 4 letters for my initials and my husbands initials which actually spell out G-A-S-P. I then made him carry them around with us all day in two giant shopping bags and he almost murdered me. 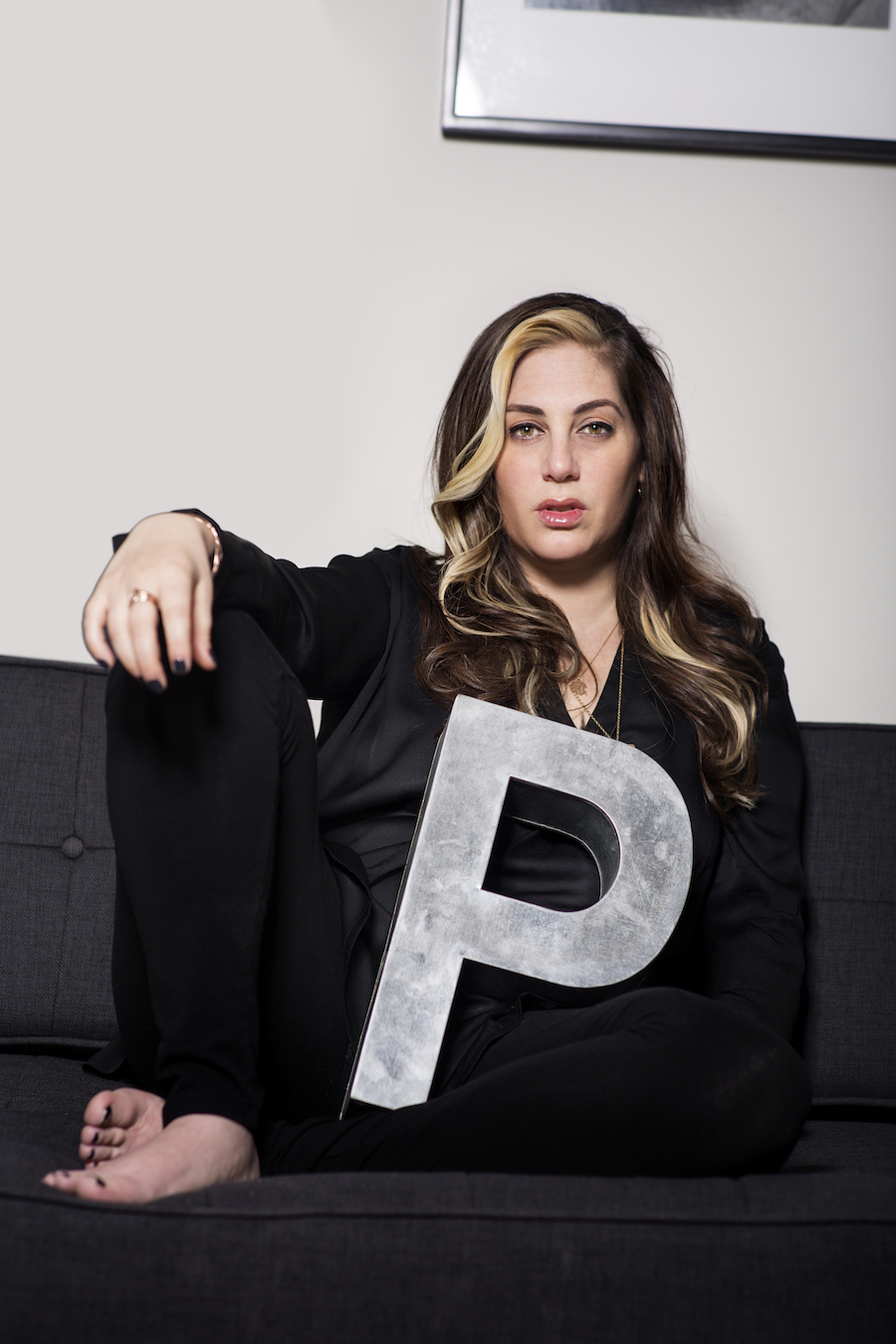 What’s on my table:
There are books everywhere in my apartment but the dining table holds the ones I love looking at every day: The giant Helmut Newton, Hans Bellmer & Pierre Molinier. Also a crocodile head I got in the bayou in Louisiana and my Nir Hod coasters which are the best. Especially when people come over and I’m holding the baby and people think there are lines of cocaine right next to me.

I could go on and on, but I won’t. Maybe for the next installment of my self portrait, I'll explain the logic behind how the inside of my medicine cabinet is organized and labeled. Just maybe.
xo
P