Slender, delicate hands beckon you into a bedroom/crime scene, one whose resident web cam girl doubles as serial killer, where digitized sex is pitted against tangible flesh, gender roles are reversed, and the viewer may step into the role of client, forensic investigator, or voyeur. 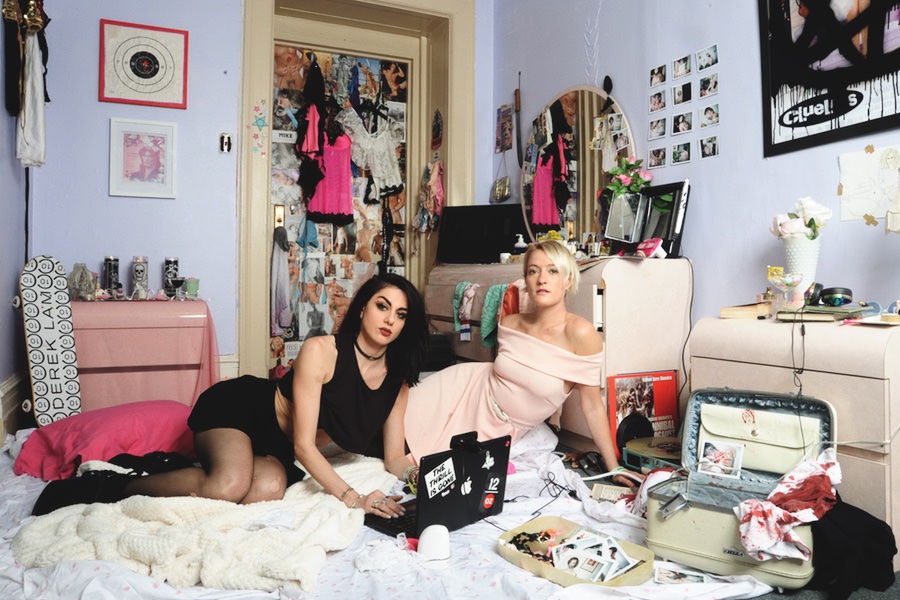 Writer-Director Remy Bennett collaborates with Model/Actor Anna del Gaizo in the creation of this full-scale representation of the most prurient of instincts --- to abuse & consume. 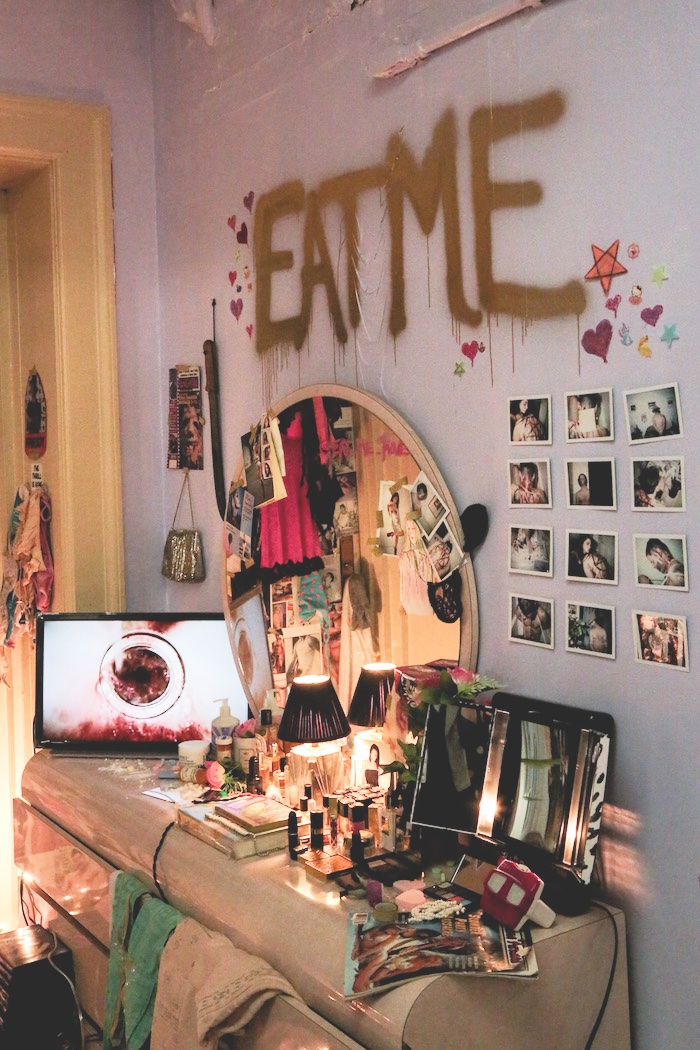 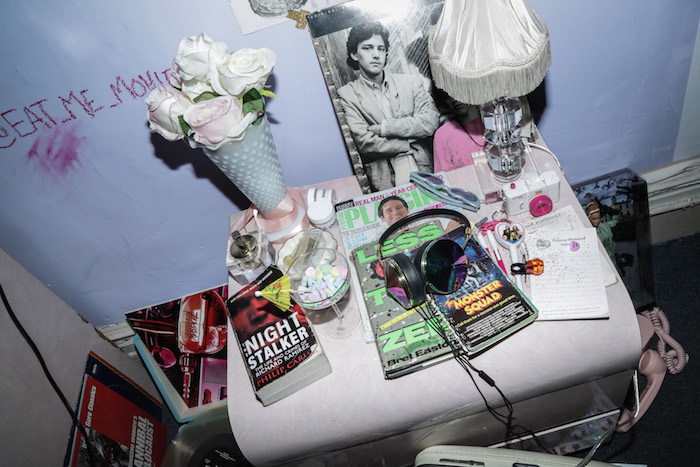 The subject of the piece is a webcam girl/serial murderer, whose display of violent and sexual acts reflects the alienation permeating our culture in the digital age, and serves as an exploration of gender roles pertaining to violence, victimization, and exploitation. 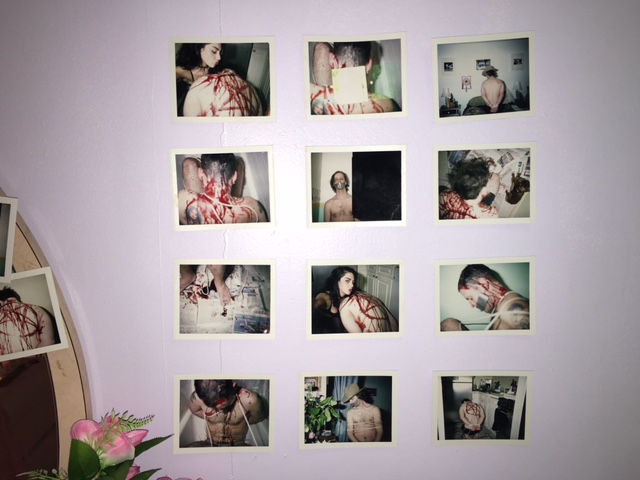 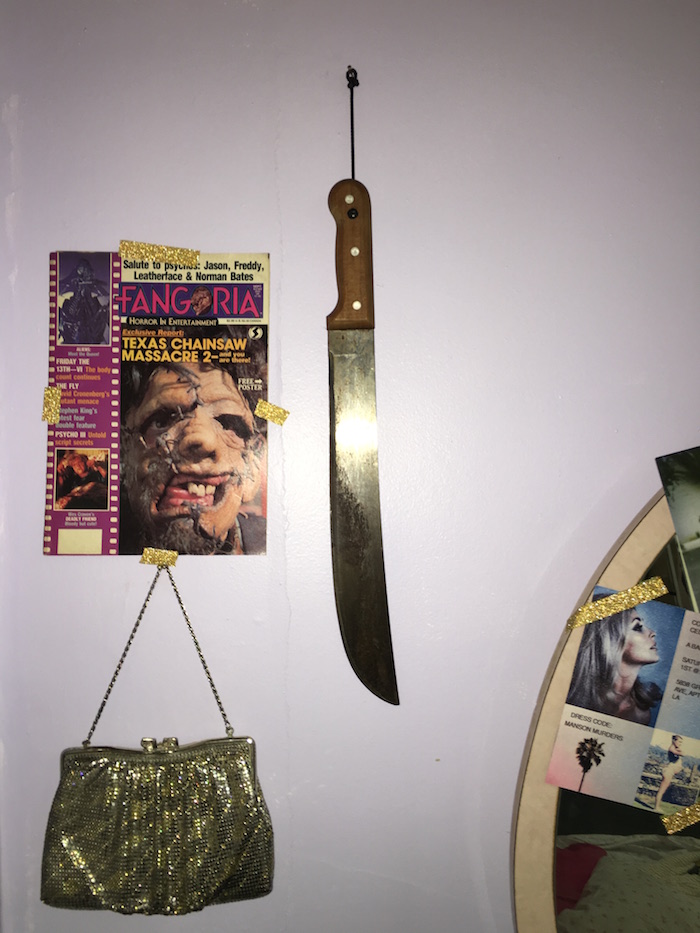 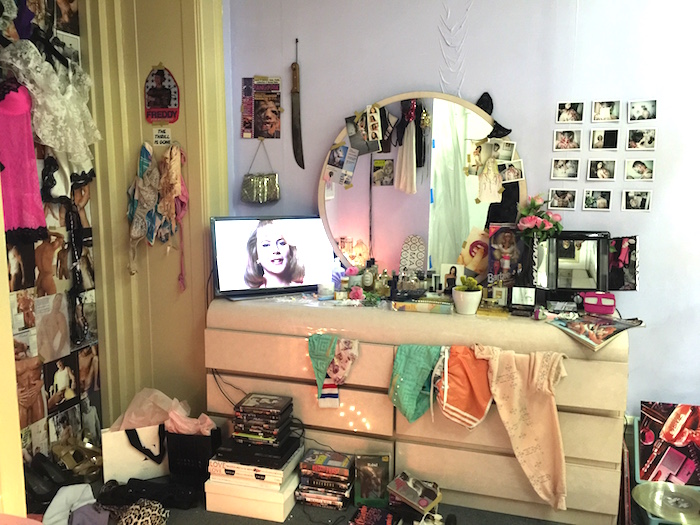 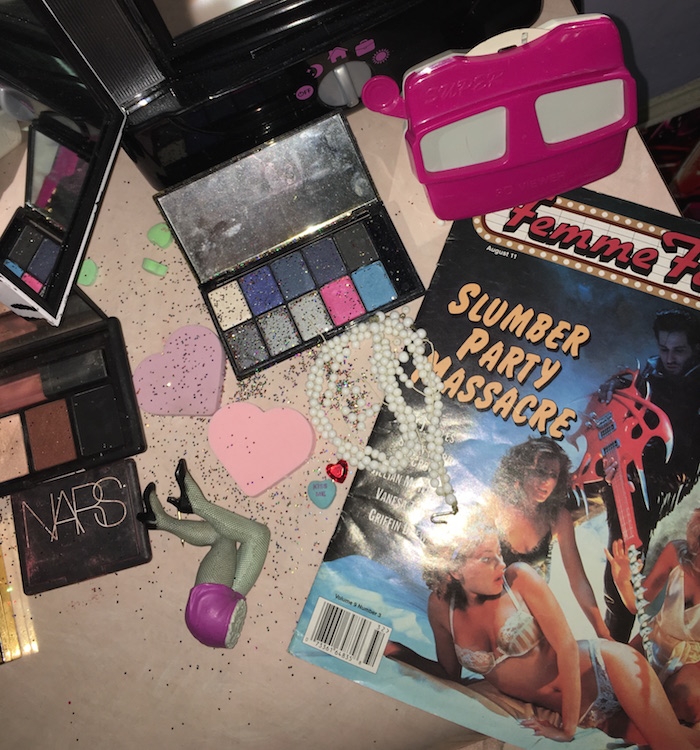 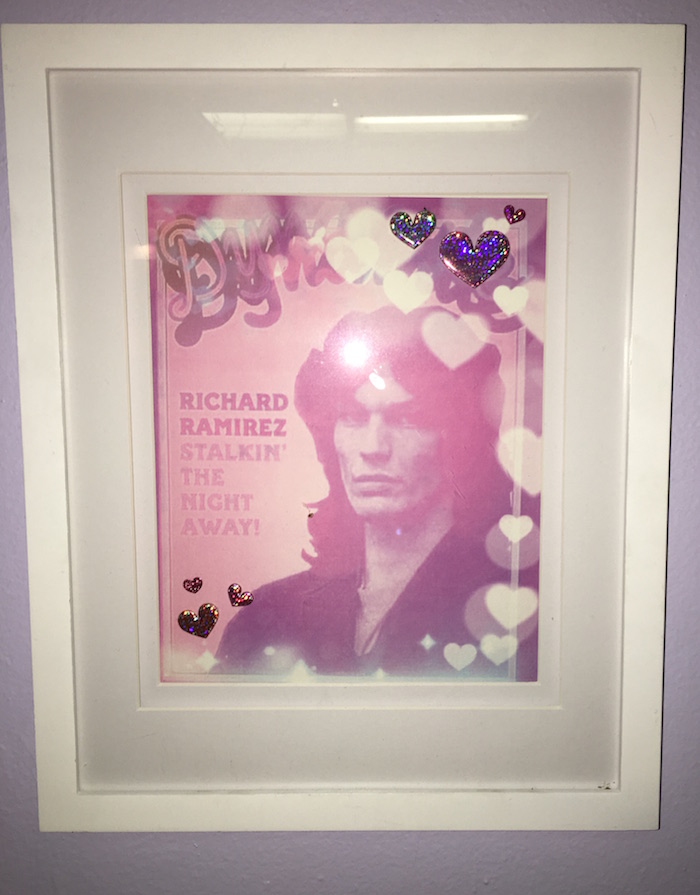 "We aim to put the individual viewer in the role of forensic investigator,
intrusive voyeur or web cam client, depending on their mindset and preference." 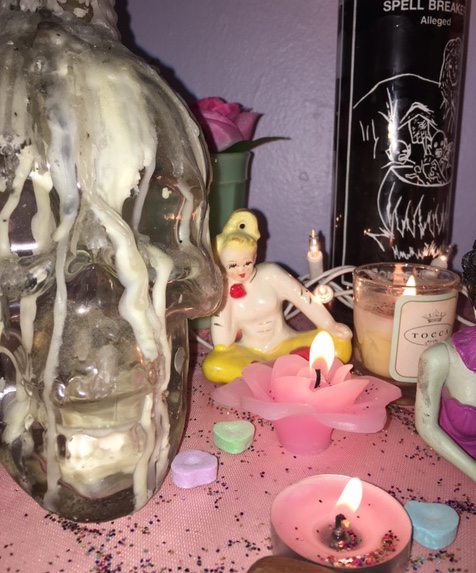 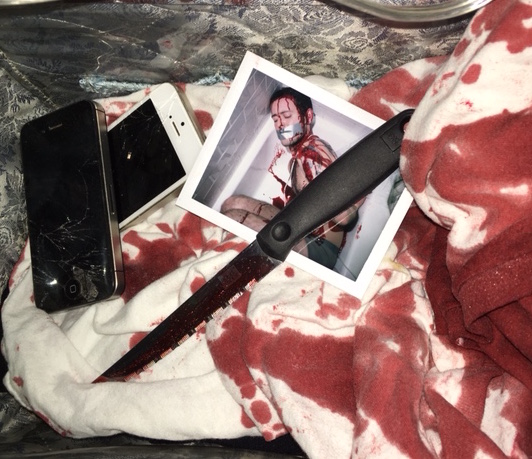 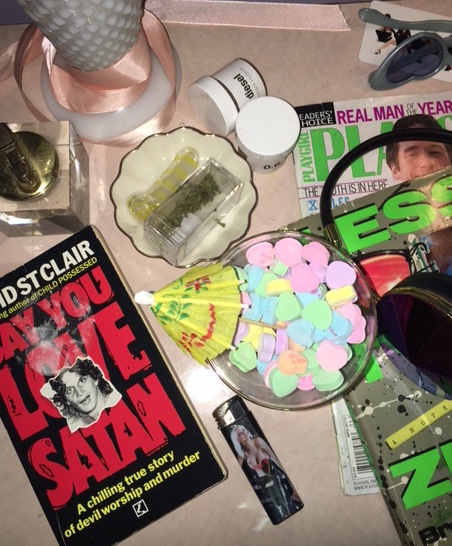 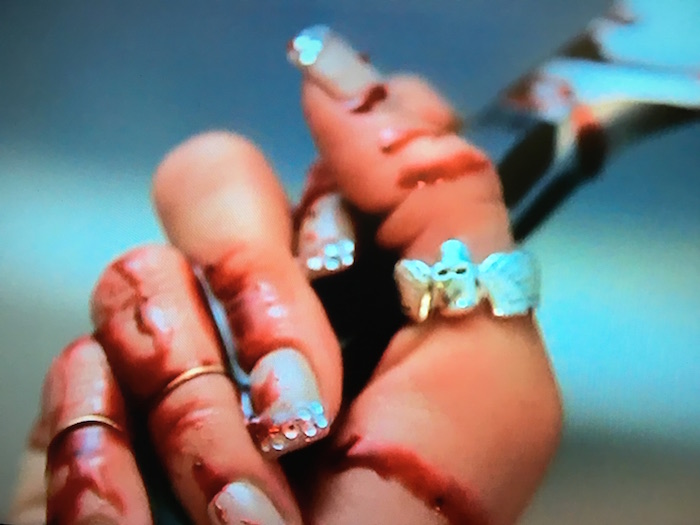 "The experience is an invitation into the privacy
of this woman's bedroomand a view into her personal landscape,
illustrated by the constructed environment.
Just as digitized sex is pitted against tangible flesh,
murder mementos and artifacts are
juxtaposed against the feminine froth of a stereotypical girl’s bedroom,
including items such as a vintage pink vanity table, covered with cosmetics;
a satanic shrine devoted to the character’s personal hero, Richard Ramirez;
lingerie, costumes, and sex toys typically used by webcam models;
a cassette player with the score of the film in the background;
as well as a number of other highly personal items to peruse and explore.
The installation not only blurs the line between
the notion of life imitating art and vice versa ---
it aims to turn base gender roles on their heads,
just as the film itself subverts the
recurring woman as victim theme often
seen in the exploitation-horror genre."