Building from the ground up is Designer Wies Hermans' collective motto. Belgian born, well versed in four other languages and rotating between the three dynamically diverse cities of Berlin, Reykjavik and Brussels, Wies maintains a well balanced working structure. Many designers might pick styles or fonts to initiate a body of work, but for him it is a different thought process altogether.

Choosing to be involved in every step, his devotion begins with the combination of sketching and experimenting with code, a foundation which seems to derive the best solutions from that complimenting opposition. Frequenting cafés and museums out of his home base in Berlin, he begins with hand on paper for the initial phases and then proceeds to spend weeks at a time devoted to nearly all the entanglements of coding.

His approach begins with a simple sketch, while all other modes of preparation remain unexplored until he generates the core idea. Clean and to the point, Brussels/Berlin-based theater company's website, Damaged Goods, exhibits the basic function of the organization, moving like dancers would on a stage according to where the cursor is guided. Exemplifying a strong foundation of simplistic navigation, he approaches projects with concept first, knowing that everything else will fall into place.

The blending of this interaction parallels with other theater sites he has created, such as Falk Richter. Overlapping texts and hidden images are like actors behind the curtain. Creating new ways of impact, blending layers upon layers serving as a life force that runs through to the end result. These pieces are broken down to white, black, and grey, forming a unique and pulsating website that seems to breathe in synchronicity with the user's movement. Layers of content allow the Playwright/Director's voice and vision to come alive on the website. All aspects are faintly intertwined with the root of the usability flowing together as you move on the page and the imagery changes, mimicking like dancers changing scenes. A well thought out design process indeed. 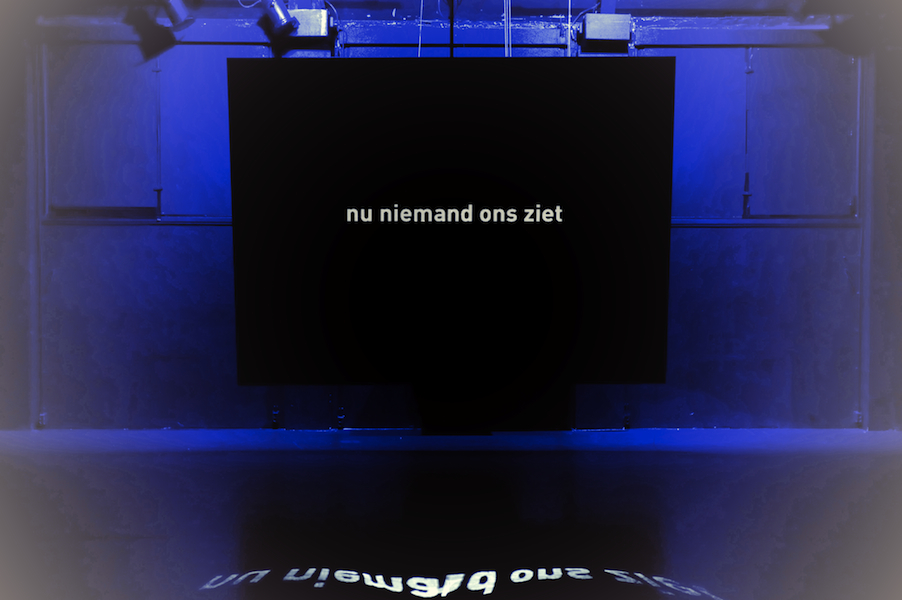 We Us All, a project by Sarah Vanhee, produced by Frascati Theatre Amsterdam, Wies executed the video installation together with Lef Spincemaille. A silent crowd becomes captivated as a virtual journey subliminally pulls them in for an adventure. Wies combines digital imagery with a thought provoking message and story with We Us All, performed in Amsterdam in 2009, bringing out anticipation in the audience as subtle text approaches pulling them into a lull of fascination. Flashes of words, transparent faces, and snapshots slowly progress as the viewer finds the screen moving forward until it is hanging above their head. This same kind of interaction was also seen in the opera performance by Guy Cassiers and produced by Ro Theatre and Het muziek Lod, Ghent, The Woman Who Walked into Doors. Imagery was created by Kurt d'Haeseleer as Wies constructed the overlay of video images and animations of typography as well as developing the software to control the animations during the live performance. The meshing of graphics into a moving storyline shows just how his range of skillfulness is widely expansive.

A physical exploration installation entitled Songo was designed and executed by Wies along with Lef Spincemaille. This specialized piece was about the cycle of life and death of the Kasena, the population of northern Ghana, a project by Ann Cassiman that was shown in the MAS museum in Antwerp in 2011. This impressive interactive piece uses a virtual landscape putting the user inside the construction. Controlling the navigation gives participants a physical way of exploring and experiencing the material, delivering far greater impact than a flat reading manual. Built by hand along with the design and interactive software, Wies brings a new way to user interaction and digital innovation. 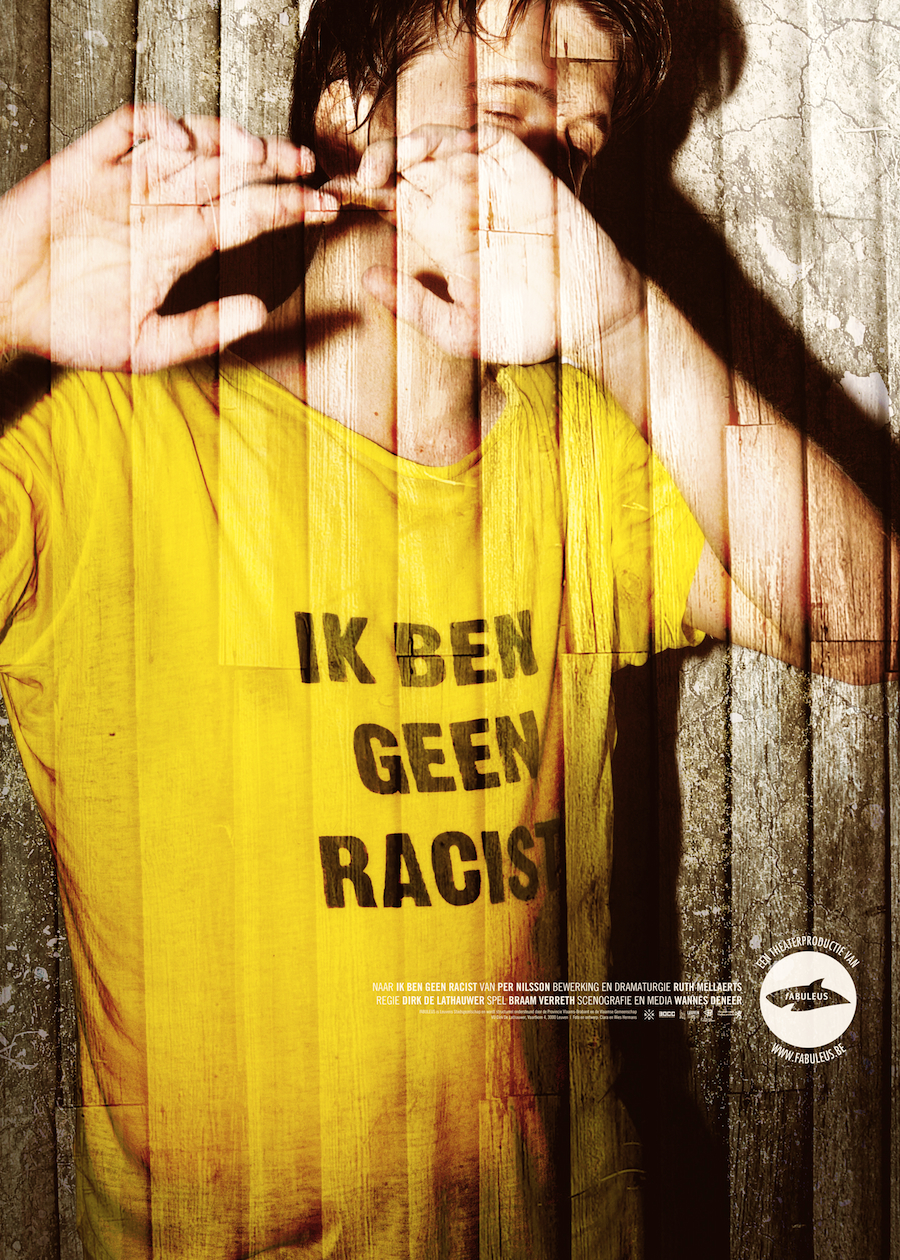 Scenography, coding and concept, with each project he embarks upon he feels he is constantly improving and working with more inspiring people. Collaborating with his sister Clara Hermans on Ik Ben Geen Racist, her photography combined with Wies' design be seen in many poster designs for the theater company Fabuleus.

Wies finds it important to be away from the screen while getting back to his roots of drawing. He has recently started a solo project Badass Fauna, a series of animal illustrations drawn on painted wood - a clever depiction of a loose style within an array of grumpy characters. Finding refuge at his co-working space during the summers in Iceland, he manages to find inspiration with the change of scenery. Together with friends, he started making hats, scarves and mittens while living in Reykjavik knitting over coffee and cake. Keeping his innovative wheels turning is part of the powerful relationship between his technical and creative sides, his mode of design shows strength of skill and versatile capability that clearly demonstrates what happens when you start from a vital source. 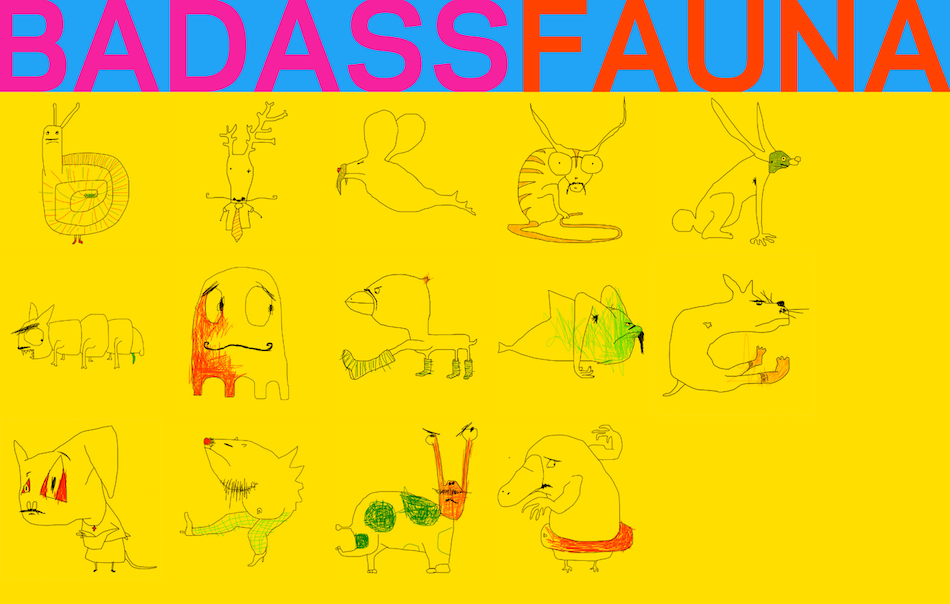